MPs supporting the Building Bridges Initiative (BBI) have asked the treasury to release monies earmarked for signature verification and notify parliament of the transfer at a later date.

Legislators defended the request citing it was meant to avoid delaying the process crucial to the referendum given that the National Assembly is on recess until next year.

Budget and Appropriations Committee chairman Kanini Kega is quoted saying, “Treasury is mandated under Article 223 of the constitution to spend resources and notify Parliament to regularise this expenditure in a supplementary budget within two months or if the House is in recess, within two weeks after it is back. Nothing, therefore, stops Treasury from releasing the money to the IEBC to verify the BBI signatures. Nothing also stops IEBC from starting the process right away as they await funds.” 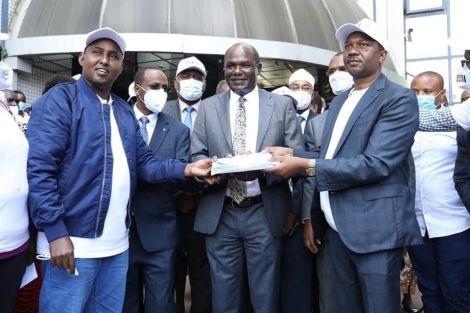 The Independent Electoral and Boundaries Commission (IEBC) has three months to complete signature verification with the countdown starting on December 10 when the signatures were submitted to IEBC chair by BBI secretariat co-chairs Junet Mohamed and Dennis Waweru.

The Wafula Chebukati led commission has quoted a Ksh14 billion as its estimated cost to hold the referendum with the IEBC chair holding the position that the commission will await funds before setting about on voter verification.

The verification, Chebukati said, will entail ensuring that those listed are actually registered voters in existing polling stations. After the verification of signatures, the IEBC will submit the Bill to the 47 county assemblies and the regional houses will have three months within which to consider the Bill. If more than half (24) pass the Bill, it will be introduced to the Senate and the National Assembly.

Earlier in the year, Murjan Hussein Murjan, acting chief executive of the commission told parliament, “We have already estimated that the referendum to change the Constitution will cost us Sh14 billion. However, we are still refining the budget.”

This was based on the 19.6 million voters that registered for the 2017 General Election. On the same note, ODM Leader Raila Odinga criticised the estimate, saying Sh2 billion will be enough if the commission eliminated wastages. 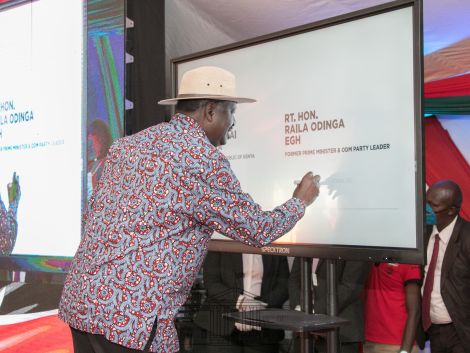 The country is gearing up towards implementation of the BBI report that proposes to change the structure of government, which requires a referendum to approve. The BBI report contains far-reaching recommendations that include the creation of the Office of the Prime Minister and two deputies.

It recommends the establishment of a position of the office of Leader of the Opposition complete with a shadow cabinet to cater for the loser in the presidential poll. The report also proposes that Cabinet ministers be appointed from elected MPs and technocrats.

It increases revenue allocations to counties from the current 15 percent to 35 percent.

The Constitution stipulates that a proposed amendment to supreme law shall be enacted by a referendum, if the changes relate to amendments relates to functions of Parliament, among others.

Truth About Reports of Rachel Ruto Fleeing From Karen Home