Speaking on Wednesday, May 13, in Kirinyaga, Waiguru stated that the president needed to make the decision to remove the two from the party’s Senate leadership to allow him deliver on his mandate which was, in part, dependent on effective leadership of his party members in Parliament. 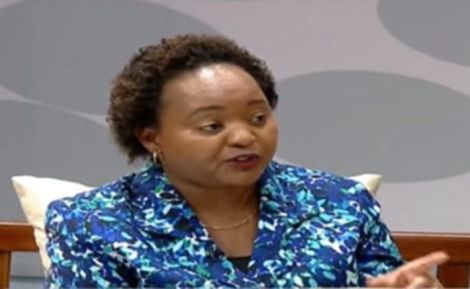 Kirinyaga Governor Anne Waiguru at Citizen TV studio during a past interview.
TWITTER

“Therefore he had no choice but to ensure he does changes to enable him to finish on his mandate as the president,” said the Governor.

Waiguru also assured the President of her full support including endorsing the Jubilee-KANU merger.

“We support His Excellency the President as our party leader for getting into a coalition agreement with other parties such as KANU in order to enable him to continue driving the development agenda of this country.

“As you have heard me talking to these people, when you ask them if they support Uhuru Muigai Kenyatta, all of them agree that they support him.

“He is our president and our party leader and so we support the changes and we know he did it properly because it is imperative that he is able to deliver on his mandate,” said Waiguru.

The former Devolution CS also noted that all elected Jubilee Party leaders were guided by a code of conduct that they committed to uphold before being nominated to vie on the party’s ticket.

Waiguru was speaking as she received 3,600 sanitizers from EABL for use by frontline workers and also flagged off the distribution of relief food to 2,750 families affected by floods and 15,000 masks. 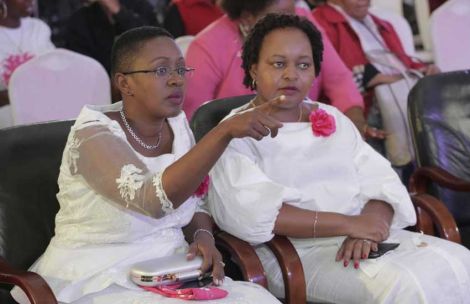