Nakuru Senator Susan Kihika and her Elegeyo Marakwet counterpart Kipchumba Murkomen on Sunday, July 26, hit out at Senate Majority Whip Irungu Kang’ata over the deadlock in the house.

The bone of contention in the Senate is the formula by the Commission for Revenue Allocation (CRA) that has divided Senators and threatened the handshake.

Historically populous counties generally gained in terms of the distribution of the Ksh316 billion fund while marginalized counties lost out. 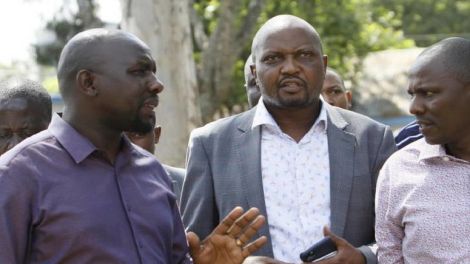 Murkomen reiterated his track record in the Senate that he said saw all Jubilee Party bills being passed but offered a solution to the impasse.

“As the Majority Leader, I did my best to ensure the Jubilee agenda succeeds in the Senate. I also rendered my honest advice to the President and the party on what I thought was best for the country. We were removed unprocedural to pave way for “President’s trusted handshake men”.

“Now I hear Senator Kang’ata saying the success of third-generation formula for the allocation of revenue will only succeed if Murkomen takes the lead. I am but a loyal backbencher ready to be led. I am waiting for our Party PG to meet and give us instructions. So far, I am listening to both sides,” noted Murkomen.

The Elegeyo Marakwet Senator offered his help in the impasse stating he was willing to assist those in authority to mediate between the parties.

The former Senate Majority Leader noted that Garissa Senator Mohamed Yusuf Haji’s wealth of experience could come handy in mediation as the handshake is put to the test.

Nakuru Senator Susan Kihika questioned why Senate was struggling to agree on the proper formula for revenue allocation while it had the numbers during her ousting alongside Murkomen and Tharaka Nithi Senator Kithure Kindiki.

“I want Irungu Kang’ata to tell us why he is unable to do what he did to get the numbers in Senate when removing Kindiki, Murkomen, and myself from our seats. Why can’t he do the same to get numbers to pass the Bill?” she stated. 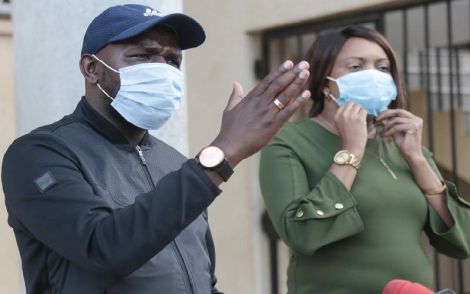 Opinion: When will we ever learn for our greedy politicians? #WajingaSisi

‘I chipod her,’ Jowie leaves fans in stitches after ‘scare’