According to a 2019 report by the Parliamentary Service Commission, legislators earn a monthly gross of  Ksh532,500, which would amount to Ksh31.9 million in five years.

Speaking to TMZ.co.ke, on Friday, September 4, the first-term legislator declared that he would forgo his salary for the benefit of the residents who he noted experienced severe water shortages on a yearly basis. 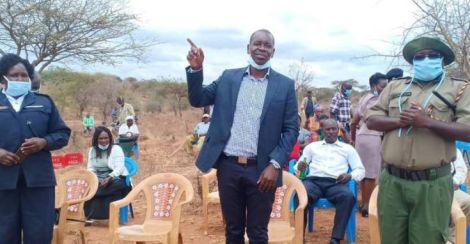 “I am giving up my five-year salary that will go into water projects for the love of people of Mwingi West and the love of environmental conservation because I have an ambition of planting one million trees in the constituency to protect God’s natural resources,” he explained.

The MP disclosed that upon giving up his salary, he would survive on the mileage claims he makes on a monthly basis.

Noting that he was working together with the National Irrigation Board, the MP stated that his salary would go into the construction of 12 earth dams in the constituency, and he would even explore more water projects through NGOs and other agencies.

“I have partnered with African Sand Dam Foundation who are doing 50 mega sand dams in the constituency, I have also sourced 360 household water pads from the National irrigation board which are currently going on now in Nzatani and Itoloni locations,” he stated.

Expressing their gratitude for the water plans, residents decried having to walk for long distances to access clean water for use.

“We used to walk up to 10 Kilometres to find water. We are thankful for the current projects that will really help reduce the distance,” one local stated.

Another added that while some were lucky enough to use donkeys to fetch water, many women were forced to carry water on their backs.

Nguna further called on the county government to initiate water projects in the perennial dry areas for the residents.

“We should not be having women and children walking for long distances to fetch water and that is why we as leaders must come up with solutions together with communities to address these issues,” he stated.

Uhuru to Host World Presidents in Virtual Meeting on Covid-19