Skip to content
Exclusives Latest Life Style News Politics
September 6, 2020 tmz editor
A file image of a building being demolished
FACEBOOK
Hundreds of properties in Nairobi have been earmarked for demolition by the National Environment Management Authority (NEMA) in September.

At least 140 companies and institutions are set to be affected by the move as the authority cracks down on illegal discharges into the Nairobi River and properties put up in riparian land. 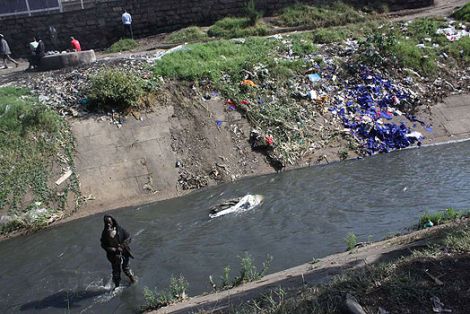 High-end properties have also not been left behind with a perimeter wall at a posh residential area off Waiyaki Way and a number of apartments in Westlands have been earmarked for demolition.

Over 130 properties are said to be erected on riparian land including along Kirichwa Road, Kingara Road, Mbagathi Way and Lang’ata Road.

The ‘Proposed Nairobi River Pollution Control Action Plan’ is set to also affect several factories and malls that have encroached on riparian land or have been discharging effluents into the river.

Two tanneries in Industrial Area have been ordered by NEMA to close for polluting Nairobi River with untreated effluents with another company along Ol Kalou Road ordered to provide details of all wastes generated and its management.

Back in August 2018, over 4,000 buildings were earmarked for demolition in an operation to clear illegal structures from river banks in Nairobi.

The demolition was after a disruption of city roads through flooding which has been an annual feature facing city residents every rainy season.

The government in June 2020 kicked off a crackdown to seal all sources of pollution and discharge of untreated water; toxic and other wastes, including organic, to Nairobi River in renewed efforts to clean the city’s water basin. 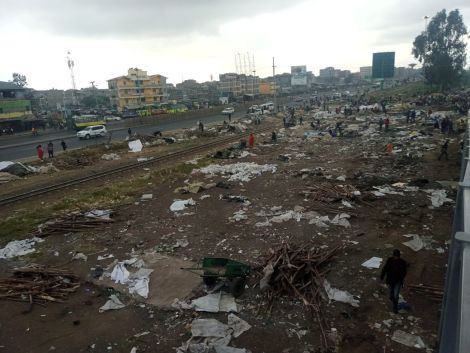 Kiosks demolished in Mtindwa, Nairobi on Tuesday, August 25 after being erected close to the railway line

Dr Dre in ICU after suffering a brain aneurysm

Fake it till you make it! Diamond leased a BMW for Esma as wedding gift