Skip to content
Politics News TOP STORIES
June 16, 2020 tmz editor
(From left) Former MP Farah Maalim, Kitui Governor Charity Ngilu and Kirinyaga Governor Ann Waiguru at a BBI rally in Mombasa on January 25, 2020
Kitui Governor Charity Ngilu faces the threat of impeachment from Members of the County Assembly of Kitui, barely a week after she jumped to the defence of her Kirinyaga counterpart Anne Waiguru whose fate hangs is in the hands of the Senate.

MCAs in Kitui embarked on a signature drive in support for an impeachment motion against Ngilu, the latest in a protracted battle between the county government and the MCAs, majority of whom are from the Kalonzo Musyoka-led Wiper Democratic Movement.

On Wednesday, June 10, the MCAs rejected all of Ngilu’s 6 nominees to the County Public Service Board (CPSB) opening a new battle-front.

In a rejoinder on Tuesday, June 16, Miltonic Kitute, the Chairman of Ngilu’s Narc Party, announced that it would be petitioning President Uhuru Kenyatta to dissolve the County Government of Kikuyu. 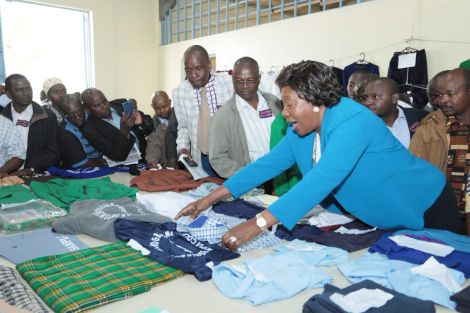 He argued that the dissolution of the county government would allow for new leadership to deliver on important development projects as opposed to the endless squabbling being witnessed between the assembly and the executive.

Kitute observed that delays in the passing of the Supplementary Budget, for instance, had led to the stalling of various development programs in the county.

He further accused Wiper Party leader Kalonzo of failing to stop the MCAs’ assault on Ngilu, urging him to tame his troops.

“It is clear that the Wiper Party is playing dirty politics using the assembly to punish the people of this county.

“I challenge the Wiper leader to tame his footsoldiers in the house with a view to putting aside their political affiliations and focus to implement Governor Ngilu’s five-pillar developmental agenda. If not, we are ready to go to the polls,” Kitute asserted.

Julius Mutukaa, a Narc politician and Ngilu ally, claimed that MCAs rejected Ngilu’s nominees despite them possessing the requisite credentials.

“They rejected the nominees for the County Public Service Board even after they had passed interviews and held all necessary credentials for the same. Right now, the Public Service Commission is holding brief for the county.

Ngilu is among women leaders who backed Waiguru after Kirinyaga MCAs voted to impeach her on Tuesday, 9 June.

“We strongly condemn it. My sister Anne, take heart, hold your head high and continue serving the people of Kirinyaga. You will be vindicated,” Ngilu tweeted at the time. 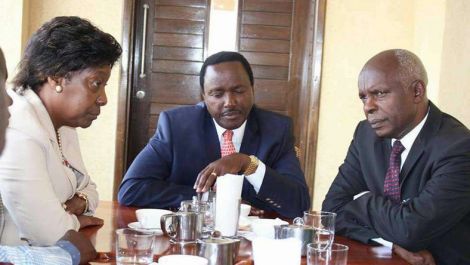 Wiper leader Kalonzo Musyoka (Centre) with Kitui Governor Charity Ngilu and Makueni Governor Kivutha Kibwana during a meeting on May 29, 201