While making his acceptance speech in the Kikuyu dialect, Thiong’o disclosed that he was bedridden and had just undergone heart surgery at a hospital in California, when he received the good news in December 2019.

“Just before they took me to the operating room, I wrote a will. Hence, when I received the news that I had been feted, I felt alive again, like I was being celebrated in the land of the living,” Ngugi stated. 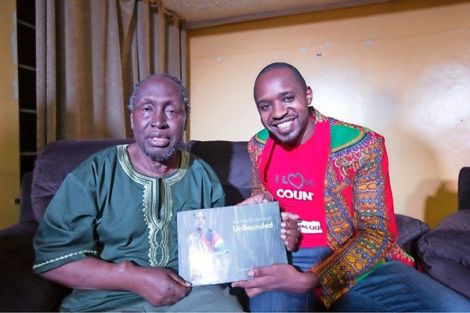 “I was so happy that tears were balancing in my eyes,” he added.

Thiong’o was recognized for his achievements in his literary works and his push for the preservation of African traditions, culture, and languages, in a ceremony chaired by the President of Catalonia, Quim Torra.

“Ngugi wa Thiong’o is one of the most prolific and renowned African writers.

“In all the genres he cultivates; novels, essays, memoirs, and theatre. He combines the most profound African traditions with a sensitive yet merciless description of the social and political situation in his native Kenya,” read a report released in early 2020.

The author trounced 74 candidates from 35 different countries to emerge victorious in the 31st edition of the awards.

Some of the books the author has written include; Weep Not,  A Grain of Wheat, The River Between, Petals of Blood, Caitaani Mutharaba-ini, Mũrogi wa Kagogo among others.

Ngugi has been pushing other Africans to write books using their dialect. In 1986, he wrote the book, Decolonising the Mind, a piece that advocates linguistic decolonization.

The book demonstrated the way western cultural and linguistic superiority were emphasized while African cultures and languages were reduced in value.

Below is a video;