Wambugu admitted that Uhuru had previously lost faith in Duale but argued that if his confidence in the Majority Leader had been restored he was set to survive an onslaught by Jubilee MPs.

“Whether or not Duale will continue as Majority Leader depends on the President; specifically, whether the President has confidence in him or not. 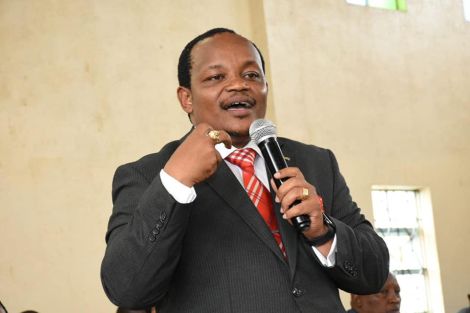 This came after 126 out of 179 Jubilee party MPs signed to kick out Duale ahead of Monday’s Jubilee Party Parliamentary Group meeting convened by President Kenyatta.

According to Wambugu, the signatures by the MPs would not be of use as the President would have the final decision on Duale retaining his position.

Speaking to TMZ.co.ke, Political Analyst Mark Bichache argued that if Duale was removed, it would in line with the procedure in which he got the position.

“At the end of the day, the President has said over the MPs, the way Duale got that seat and celebrated in getting it, is the same way he should be okay in losing it.

“The way he got that seat was by Jubilee MPs being whipped in a Parliamentary meeting and him getting the seat,” stated Bichache.

Kieni MP Kanini Kega initiated the petition to have Duale ousted, terming him as a “liability to the ruling party.”

A member of the National Assembly elected under any of the majority positions may be removed by a majority of the votes of all the MPs belonging to the Majority Party, the Constitution states. 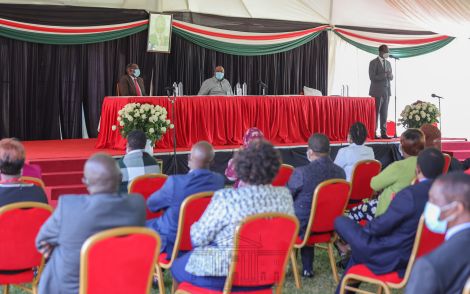