Talk about more baby mama drama! AKA has taken to Twitter to rant in truly the most AKA way possible. As you know, his baby mama Dj Zinhle feels some kinda way about him dumping her for TV personality Bonang Matheba and she’s been quite vocal about it on social media. Apparently, Dj Zinhle has been super manipulative and it seems that she is still trying to worm her way back into AKA’s life but she is doing in the worst ways possible. In other news, she has been making it her mission to get back at AKA by all means. 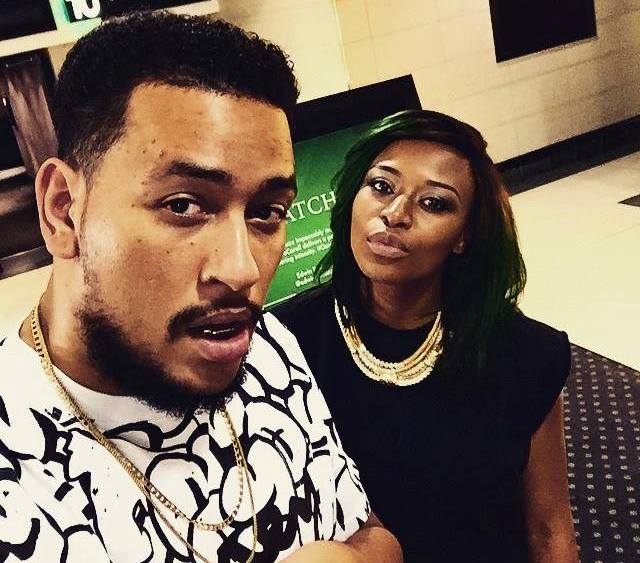 AKA has come out guns blazing against DJ Zinhle breaking his silence about events that have gone on behind closed doors.

The rapper’s dramatic tell-all Twitter rant comes just days after DJ Zinhle’s home was featured on national television, which distinctly showed off pictures of AKA and his mom in her house.

AKA’s decision to break his silence also seems to have been fuelled by a picture of DJ Zinhle wearing one of Euphonik’s ‘Nonke’ t-shirts which went viral on Thursday. 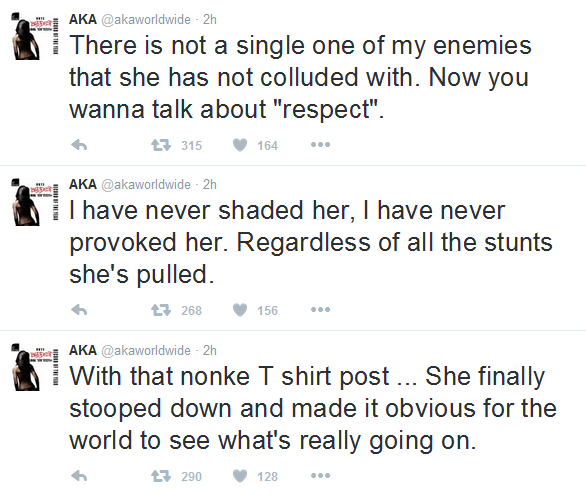 Driving his point home even further, he added, “There are days I can’t even get into the complex I used to live in to pick my daughter up.” 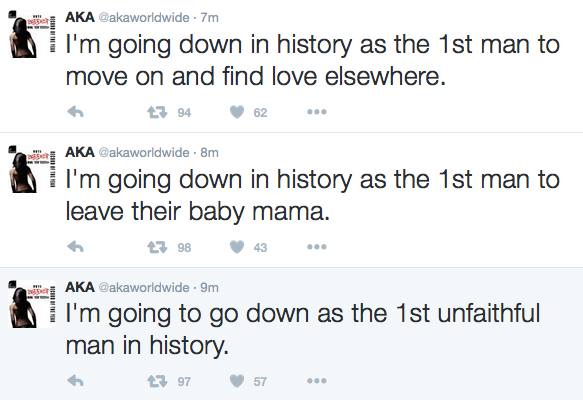