Former US president Barrack Obama has made several trips to Kenya, prior to claiming the most powerful position in the world, while in office and even after he left the White house.

He has supported a number of events in the country as in 2018, he flew in to help launch the sports and training center founded by his half-sister, Auma Obama, through her foundation Sauti Kuu.

Unknown to many, is the impact that he had when he visited the Masai Mara game reserve. 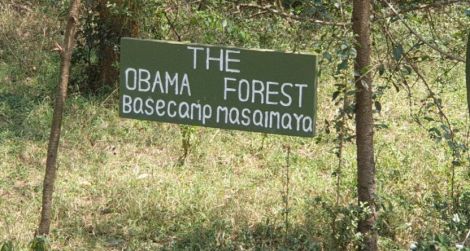 The Obama Forest at the Basecamp in the Masai Mara
TWITTER

In 2006, while he was a junior senator for Illinois state, he made a trip to Kenya which included a stay at the world-famous reserve.

Accompanied by his wife Michelle Obama and two daughters Malia and Sasha Obama, he decided to stay at Basecamp Masai Mara, a Gold Eco-rated camp with a strong focus on sustainable tourism.

For the night they slept at the Mara, the camp had built a new tent which was christened ‘Obama Tent’.

The tent has gone to attract visitors wishing to spend the night where the first family once rested. 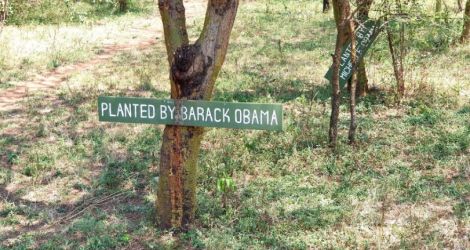 The trees planted by the Obama Family at the Maasai Mara in 2006.
TWITTER

The Obama family would later go on to plant indigenous trees each on a piece of land adjacent to the tents clearly labeled with their names.

The trees planted were the Yellow-barked Acacia which is characterized by its smooth, powdery and yellow bark which have now grown since they were first planted.

Guests visiting Basecamp are encouraged to follow the example set by the Obama Family and plant a tree in the plantation and confront the climate change problem which is a severe threat to the environment, plants, animals, and human communities worldwide.

There are currently over 100,000 indigenous trees in the plantation.

The basecamp is one of only three properties in the Maasai Mara and six in the whole of Kenya to have earned an Eco-Tourism Kenya gold award. 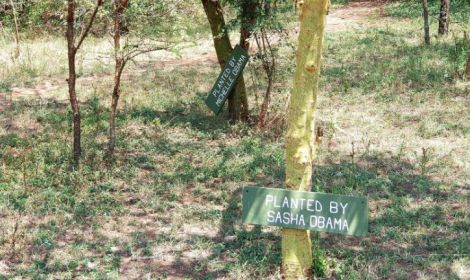 The trees planted by the Obama Family at the Maasai Mara in 2006.
TWITTER 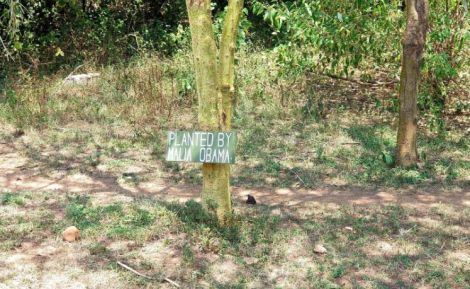 The trees planted by the Obama Family at the Maasai Mara in 2006.

‘When you’re having sex with a Tanzanian man use protection!’ Mpenzi Chokuu advises using Tanasha’s example

‘I was impregnated by my brother-in-law’ Brags Kenyan doctor