The legislator, who is a close ally to Kilifi Governor Amason Kingi, hinged his announcement on ODM party leader Raila Odinga’s decision to back the third basis formula of revenue allocation across counties

“I can tell you without fear or a shadow of a doubt that we are ready with a political party,” the legislator affirmed.

He went on to reveal that legislators from various factions including the ruling Jubilee Party had been meeting regularly to iron out various details regarding the workings of the proposed party. 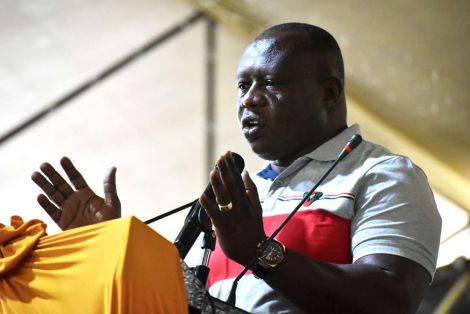 His revelation came barely a week after he teamed up with ‘ODM rebel’ and Malindi MP Aisha Jumwa, and openly called for other coastal leaders to ditch the Raila-led party.

The two further detailed their intentions to reach out to leaders in the North Eastern Region to join them under the new umbrella.

He also explained that with 41 elective posts in the region, a unified front would increase the region’s bargaining power.

The legislator expressed his optimism regarding joining forces with leaders from the North Eastern region as well, bring the total number of available elective posts to 73.

ODM’s decision to overlook leaders from the region for coveted parliamentary committees was also mooted as a major reason behind the decision to break away.

Interestingly, both Mombasa Governor Hassan Joho and his Kilifi Counterpart Governor Kingi, are both serving their last terms in office.

This effectivley presents a viable power vacuum in the vote-rich region, which could also be argued as a motivator for defiant MPs to make their move now.

Despite having not yet settled on a date for the launch of the party, the Kilifi North MP, while addressing the media, made it clear that their new political outfit would be launched before the 2022 General Elections