According to a statement by the party on May 9, Wangondu died at the Kenyatta National Hospital Annex in Othaya after falling sick.

“Mzee Wang’ondu was a dedicated member of the party who always stood his ground in defending the party against all odds. We shall miss him,” read the statement.

While conveying his condolence message to the family, ODM Executive Director Oduor Ong’wen mourned the deceased as a resourceful, dedicated and engaging servant of the party.

“On behalf of the ODM National Executive Council and National Secretariat, may I convey our heartfelt condolences to his family, our Nyeri County leadership and members, and all his friends. We stand with you and wish you the fortitude to bear this great loss,” he wrote on Facebook.

Wangondu, who was one of Raila’s adherents, came face to face with diehard supporters of former President Mwai Kibaki as an ODM parliamentary candidate in 2002.

“People in this area have never known opposition politics. Very few of them want to be the first ones to step forward, but someone somehow will step out,” Wang’undo once stated.

His death came a month after Msambweni MP Suleiman Dori passed on.

Dori, who was a member of the ODM Party, passed on after spending a week in the Intensive Care Unit (ICU) where he was being treated for cancer.

ODM party mourned him as a dedicated leader who served his people selflessly.

“My heartfelt condolences go out to the people of Msambweni and family of Ramadhani Suleiman Dori who has passed on this morning. May the Lord grant his family comfort at this difficult moment and may his soul rest in eternal peace,” condoled former Prime Minister Raila Odinga. 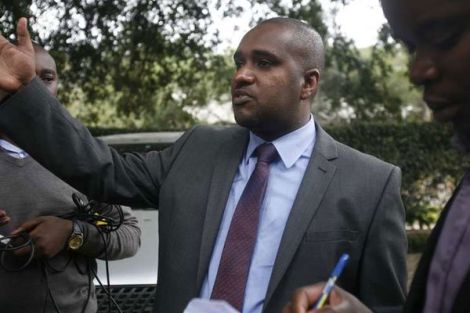 Msambweni MP Suleimani Dori giving an address at a past event.