The Orange Democratic Movement switched tactics after failing to kick off the impeachment motion against Migori Governor Okoth Obado thrice.

Top brass party leaders camped in the county to spearhead the impeachment motion from ground zero rather than pushing the Members of County Assembly (MCAs) from the headquarters in Nairobi.

The party also called for a crisis meeting on Saturday, September 12, in Migori aimed at pushing MCAs to eject Obado from his seat. 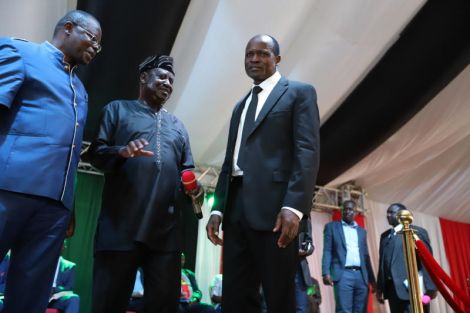 The MCAs were also reportedly threatened with de-whipping if they did not conform to the party’s demands.

Migori County ODM branch secretary Jossy Olala confirmed the crisis meeting was underway, with the impeachment motion set to be tabled for the fourth time on Tuesday, September 15.

The crisis meeting was called after County Speaker Boaz Okoth adjourned the house three times while citing insecurity reasons which made him fear for his life.

This was after goons allegedly attacked his house and also roughed him up at a hotel.

“My life is in danger and I have recorded a statement so as to understand why my bodyguard was withdrawn,” Okoth stated as ODM played cagey with the issue.

“On the pending impeachment motion in Migori, the DCI may need to conduct money trail between Migori County officials and unofficial networks and reporters and radio commentators in vernacular radio stations and even national newspapers,” Onyango lamented. 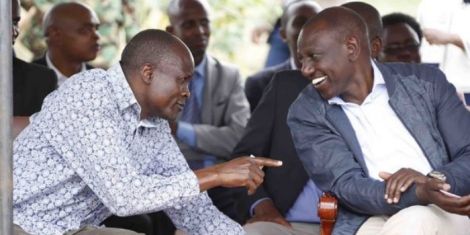 Migori Governor Okoth Obado with Deputy President William Ruto during a tour of the county on November 10, 2018