In a statement, the ODM legislator noted that her appointment was a win for women’s leadership in the country.

“I will endeavour to serve the nation diligently in this new responsibility. I thank President Uhuru Kenyatta for his magnanimity and my party leader Raila Odinga for his faith in me.

“A big win for women’s leadership as this is the first time in the history of the Kenyan Parliament that a woman chairs the Finance and National Planning Committee,” she stated. 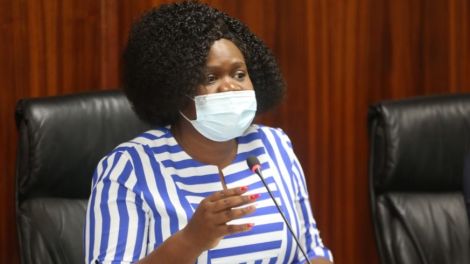 Wanga will take over the post from Kipkelion East MP Joseph Kirui Limo and will be deputised by Roysambu MP Isaac Waihenya Ndirangu in the committee.

Prior to her appointment, the Homa Bay legislator previously served as a member in the Departmental Committee on Labour and Social Welfare.

In the 11th Parliament, she also served in the Parliamentary Service Commission and the House Business Committee.

At the same time, Kieni MP Kanini Kega was elected Chairman of the powerful Budget and Appropriation Committee of National Assembly.

Other notable appointments made are Busia Women Rep Florence Mwikali Mutua who will take over the Education and Research committee with Nyeri Town MP Martin Wambugu serving as the vice-chairperson.

Kiambu women rep Gathoni Wamuchomba was appointed the vice-chairperson of the Transport, Public Works and Housing committee while Kigumo MP Ruth Wangari also taking up the same position in the Trade, Industry and Cooperative committee.

The ODM party is viewed as the biggest winner in the new appointments as ODM Minority Whip Junet Mohamed, Rarieda MP Otiende Amollo and Homa Bay Town MP Peter Kaluma were appointed to the crucial Justice and Legal Affairs Committee. 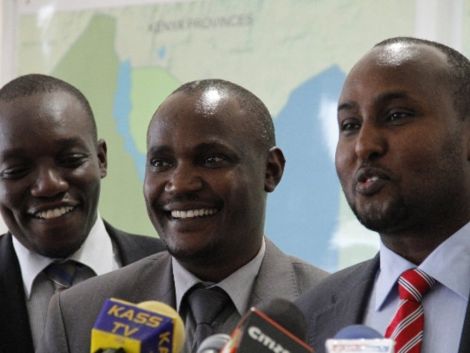 5 Banks Cut Deal With Haji to Save CEOs