Sudi took to Facebook to respond to Uhuru’s interview on Wednesday, May 27 where he touched on a number of issues including the referendum push.

“I am trying to listen to what President Kenyatta is saying and I wonder what assignment he gave the Deputy President that he failed to deliver. 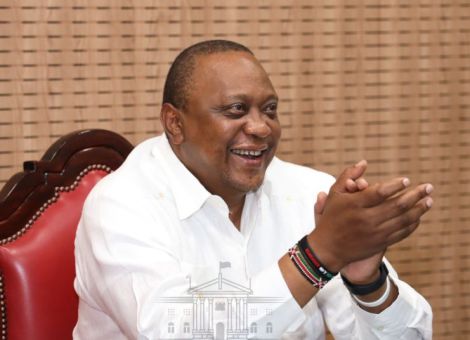 President during a virtual meeting convened by the New York Forum Institute on May 19, 2020.

“What role did Murkomen, Kindiki and Kihika fail to deliver for the government while in The Senate? Were they deserving of such a treatment?” wrote Sudi.

The MP added it was no secret that the Deputy President is a workaholic politician who loves mingling with the public and it was the reason that Uhuru chose him as his Deputy.

Sudi noted that Uhuru never had an issue with William Ruto during his first term in office and in fact supported him.

The Legislator claimed that the President has failed to meet his promises and should resign from his position.

“Now that he has failed to deliver to Kenyans, awache kutupigia kelele, afunge virago na akwende nyumbani (He should stop making noise, pack his bags and go home),” concluded Sudi.

In his interview with NTV, Uhuru noted that he was forced to make the change so that he could have people around him fighting on the same front.

The President also explained that he has no bad blood with anyone, appearing to respond to his relationship with Deputy President William Ruto.

“I’m not against anybody, I’m not for anybody but if you feel you are not comfortable then I say this gives you free time to engage in whatever you want to engage in.

“These positions are very critical to me and the fulfillment of my agenda, let me put somebody who is willing to put their time and their effort into it, don’t let your agenda of tomorrow cloud what you want to do today. I have not reached out to break what we have I’ve reached out to extend what we have.,” noted Uhuru. 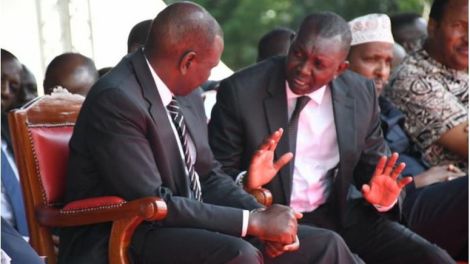 Kumbe wamesoma? Here are courses politicians kids have graduated from