The posters indicated that Sudi planned to contest for the Senatorial seat against incumbent Margaret Kamar in the following general elections slated for 2022.

It further indicated that he was in an alliance with Kesses MP Mishra Kiprop who, in the purported arrangement, would join the Gubernatorial race.

Sudi sought to distance himself from the widely distributed posters, claiming that his political detractors had printed them. 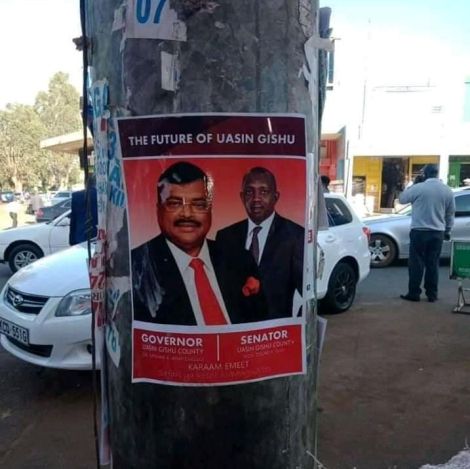 A campaign poster widely distributed across Eldoret, Uasin Gishu County on Monday, May 18

“I have always been outspoken on my position. You all know my ways of expressing myself. I don’t use such means. My political detractors are stooping too low.

“Ignore those fake posters. Hii ni ukumbafu na ujinga ya mwisho (This is the stupidity of the highest order),” he wrote on Facebook.

One of the posters contained a message purportedly from Sudi to Uasin Gishu Governor Jackson Mandago warning him over alleged corruption and ethnicity.

“Uasin Gishu is a cosmopolitan county. Acha kuibia sisi. Sisi sio wajinga. (Stop stealing from us, we are not stupid),” the text positioned alongside a photo of Sudi read.

A team of several individuals was seen taking down the posters from various streets and walls in Eldoret on Monday, May 18.

Sudi’s purported run for Senator especially raised eyebrows as he had called out the current senator, Margaret Kamar, for failing to support Kipchumba Murkomen who was removed from his position as Senate Majority leader.

Allies of Deputy President William Ruto, including Murkomen and former Majority Whip Susan Kihika, had been ousted from their positions following a Senate Parliamentary Group meeting on Monday, May 11.

Sudi claimed that they had desperately sought out Kamar to sign a document indicating she was not a party to the process but were unsuccessful.

He also accused Nandi Senator Samson Cherargei of deserting Murkomen as he was unreachable even as the Deputy President personally sought to have him append his signature to the document protesting the changes.

“Njee Muturi, [Expeltive] John Murathe and Francis Atwoli are the people driving the deep State. Kama ni hao ndio inchi inawategemea, then afadhali tukufe wote. (If they are the ones we are depending on, we might as well all die),” he wrote. 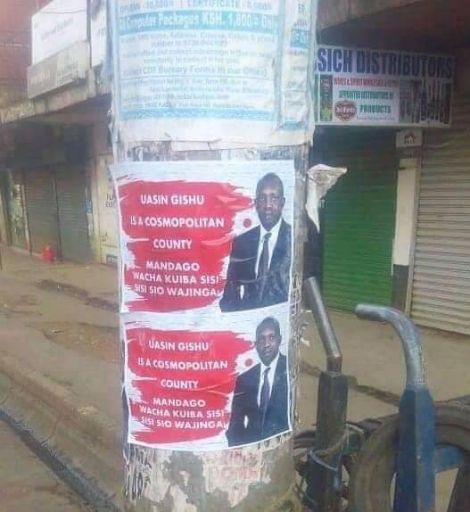 A campaign poster widely distributed across Eldoret, Uasin Gishu County on Monday, May 18

10 Ways To Balance Work And Family