“For those parents who had paid school fees for term one, term two and the whole year, we would like him to address this issue if the fees will be carried forward to the next year. 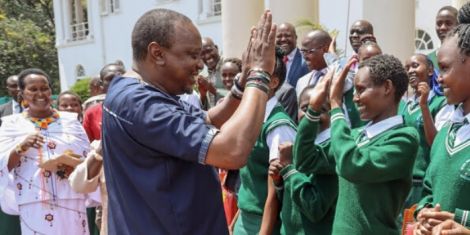 “Some of us plan at the start of the year for annual school fees so that we are left with small bills to handle, so we want him to speak on the matter and intervene,” stated Matara who has two school-going children.

Zax Oguda took to Twitter to commend the Cabinet Secretary for his bold stand but asked him to carry forward the school fees paid to 2021.

“That was some move by Magoha. Now move the first term fee we paid to the coming year,” he wrote.

A number of parents also took to social media to tag the Ministry of Education to shed light on the school fees paid after a planned reopening in September was suspended.

Magoha announced that the 2020 school calender was considered lost because of the coronavirus pandemic, and primary and secondary school pupils would return to class next January.

The parents now fear that the move will lead to the school fees paid not being pushed to 2021 due to suspension of learning in 2020.

Magoha clarified that the decision meant that there shall be no KCPE and KCSE in 2020. They shall sit exams later in 2021.

All learners in grade 1 to 4, Standard 5 to 7 and Form One to Three will remain in the current classes in 2021. There will be two Form One classes in 2021 according to Magoha.

The CS, however, added that the Ministry would explore online learning. TVETS and colleges will reopen in September but with strict adherence to Covid-19 regulations. 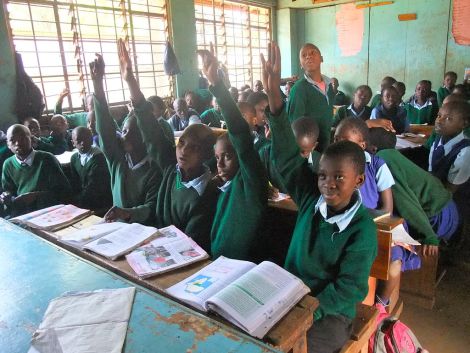 Students during a lesson at Kibra Primary School. Dr Stella Bosire studied at the school before she was expelled in Class Five

Kilifi governor Kingi in quarantine after exposure to COVID-19