Skip to content
News Politics
July 11, 2020 tmz editor
Kenyans pictured during a past riot
A police officer was left nursing serious injuries after members of the public ganged up on him.

The officer was trying to effect an arrest on Friday, July 10 after he spotted a man without a mask in a public place in Kibokoni, Mvita within Mombasa.

The locals clobbered the officer mercilessly until blood started flowing profusely from his injuries. 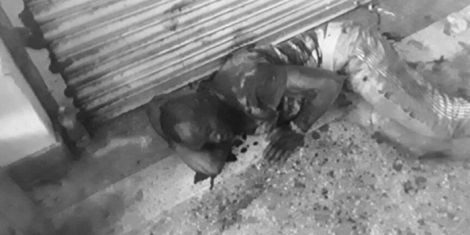 A police officer who was left for dead after citizens clobbered him for arresting a man without a mask in Kibokoni, Mvita within Mombasa County on July 10, 2020

He was taken by well-wishers to Coast General Hospital for treatment.

Health CS Mutahi Kagwe on the same day noted that a lot of Mombasa residents had been going about their duties with reckless abandon and not observing Covid-19 safety guidelines.

“With the relaxation of some of the restrictions, the responsibility shifts to us. I can only plead that we protect ourselves from the virus,” he stated.

Cases of civilians attacking police officers have been on the rise especially in the Coast region.

Boda Boda operators in Malindi, on Tuesday, April 14, took matters into their own hands and stoned police officers over an alleged case of corruption.

The clip that surfaced online showed a boda boda operator wrestling two police officers who were beating him.

The crowd chanted “Ua, ua, (Kill, kill)” as the riders continued to throw stones as the police officers hastily drove away from the scene.

According to Section 103 (a) of the National Police Service Act No. 11 (A) of 2011, offences related to assault of police can attract a fine not exceeding 1 million shillings, imprisonment for a term not exceeding ten years, or both.

“Any person who assaults resists or wilfully obstructs a police officer in the due execution of the police officer’s duties, assaults, resists or wilfully obstructs any person acting in aid of the police officer, attacks an animal belonging to the service or intentionally or recklessly, destroys police property, commits an offence and shall be liable on conviction to a fine not exceeding Ksh 1 million or to imprisonment for a term not exceeding ten years, or to both,” the act reads. 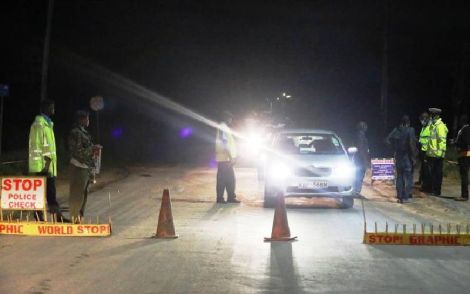