Skip to content
News Latest Life Style Politics
May 18, 2020 admin
A police officer prepares to launch a teargas canister as journalists take photos. 36 journalists have been attacked in the line of duty between January and April 2020.
A Standard Group Journalist was allegedly beaten up by police in Lodwar, Turkana County as he was headed to hospital.

Bakari Angela was on his way to a hospital when he was stopped by policemen and despite producing his work documents he was beaten up by the officers.

The journalist was walking during curfew hours and had his phone and money allegedly stolen by the policemen. 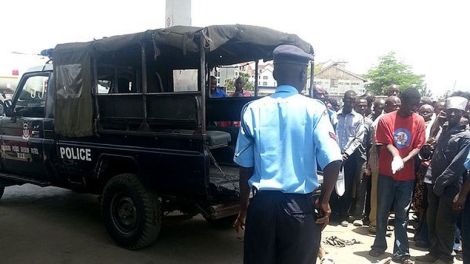 A Kenyan Police Officer pictured at a crime scene.

“The police asked, who gave me permission to walk at night and who said that journalists were supposed to be walking at night.

“They got angrier and took way my phone, twisted my arm, wrestled me to the ground and took money that was in my pocket,” narrated the journalist.

Angela went on to reveal that the police proceeded to hit his back with the gun’s butt adding that he was also hit on the teeth and suffered injuries on his knee.

One of the journalists from the area voiced his concerns on the plight of journalists being harassed by residents and police.

“The recent incident is something that is shocking because President Uhuru Kenyatta included journalists as essential service providers, but instead of providing security, they are going after journalists.

“We get a lot of challenges here in Turkana, we are beaten by people and police officers,” decried the journalist.

According to another journalist from the area, two members of the fourth estate have become casualties to police beating since the enforcement of the dusk-to-dawn curfew.

Journalists have suffered at the hands of policemen from the first day of curfew as on Friday, March 25, with NTV journalist Peter Wainaina by beaten up by an angry police officer.

On Saturday May 15, Two journalists from Kenya were arrested in Tanzania while conducting Covid-19 interviews after crossing the border allgedly without proper clearance. 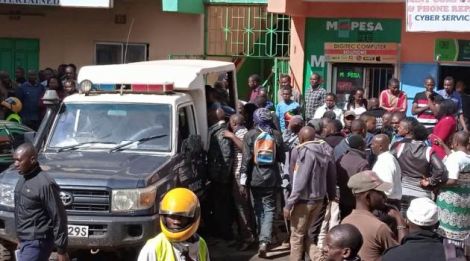 Police officers pictured at a scene of a crime as residents look on.