A passenger came down from one bike and dared me to hit them.

There was no traffic, so I swerved and left. 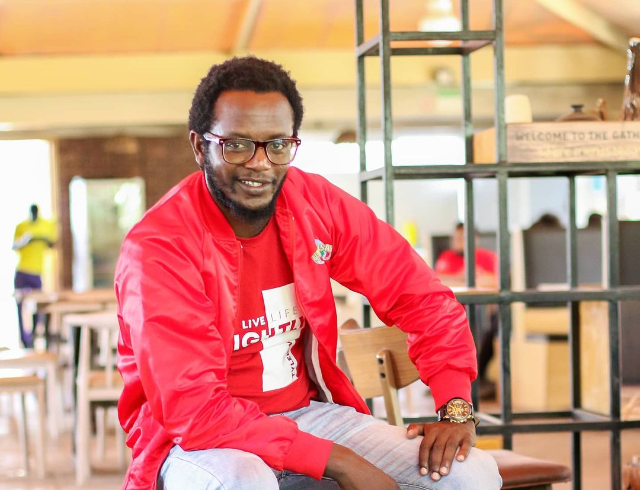 He was leaving a party at around 11:30 PM where he encountered the thugs riding on 2 motorbikes.

“On my way out of Nakuru, just after the KFA roundabout, two bikes, I could see them on my mirrors, were behind me. I hear the shouting Simama! Simama! and I am thinking something is wrong with the car, maybe the boot is open. I checked the boot, couldn’t see anything from the mirrors, so I kept going,” Hamo recalled.

The Boda Boda men kept pestering him, so he made a decision to stop at the Kolen stage after they became louder.

This is when it dawned on him that the chasers were up to no good.

“I thought; I am Hamo so I can stop and ask what it is. I let one of them pass and he stopped right in the middle of the road, in front of me. The other bike was behind me. A passenger came down from one bike and dared me to hit them. There was no traffic, so I swerved and left. They chased me, I was flying, going at 180km/hr,” the comedian narrated.

He met a turn to Kaptembwa police station and contemplated going there, but it was too sharp and his car would have rolled.

After a short drive, he lost sight of the thugs.

The fateful encounter, Hamo said, left him traumatized and scared.

“Be careful, i have heard there is another trick. If they know your car, they come with a number plate resembling yours and lie that you have dropped it. Don’t stop, just go, even if you will reach Moyale.”