Among those who opposed the bill is Kiminini MP Chris Wamalwa who chairs the Catholic Parliamentarians caucus, and the Kenyan Conference of Catholic Bishops.

While the bill covers several aspects of reproductive health including family planning, assisted reproduction and safe motherhood, it also has proposals on the termination of pregnancy which has triggered much of the backlash.

The bill, which was presented in Parliament for a second reading on May 26, also includes provisions meant to protect HIV positive women and girls, and those living with disabilities, from abuse. It also proposes punishment for health practitioners engaging in involuntary sterilisation of women. 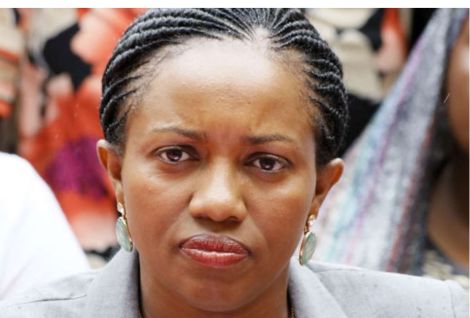 Critics, primarily from pro-life groups, have claimed that the bill’s provisions on termination of pregnancy are meant to provide a cover for abortion which is illegal in Kenya.

MP Chris Wamalwa, who spoke to protesters outside Parliament, claimed that Kihika and Nairobi Woman Representative Esther Passaris had received donor funding to push the bill.

The bill, however, only provides for termination of pregnancy under special circumstances including when the mother’s life is in danger, or when the child faces complications incompatible with life outside the womb.

“(a) there is need for emergency treatment; (b) the pregnancy would endanger the life or health of the mother; or (c) there exists a substantial risk that the foetus would suffer from a severe physical or mental abnormality that is incompatible with life outside the womb, the bill reads in part.

Those who support the bill have observed that many girls and women in need of emergency treatment have to resort to shady quack doctors to terminate their pregnancies, putting their lives at risk.

They argue that a framework which allows those who need to safely terminate their pregnancies for various medical reasons is both necessary and important.

The bill also notes that if a woman or girl meets the afore-mentioned conditions to be able to terminate their pregnancy but a trained health professional objects to the procedure, they are compelled to refer them to another professional willing to undertake the procedure.

“(2) A trained health professional in subsection (1) who does not refer a pregnant woman as specified under subsection (1), commits an offence and is liable, on conviction, to imprisonment for a term of three years or a fine of one million shillings or to both fine and imprisonment,” the bill reads in part.

The bill also notes that a trained health professional shall not, where circumstances arise, terminate the pregnancy without a woman’s written consent or, in the case of a minor, the minor’s guardian’s consent after establishing it is in the minor’s best interests.

Among other provisions, the bill provides that a trained health professional will offer non-directive counselling before and after termination of a pregnancy.

It also notes that a trained health professional will provide post-abortion care and counselling for cases of incomplete abortion or complications arising out of the abortion procedure.

Watch Chris Wamalwa address protesters on the bill below:

Is Tanasha a bedroom bully or nah? Who is lying between Diamond and Lokole (Video)