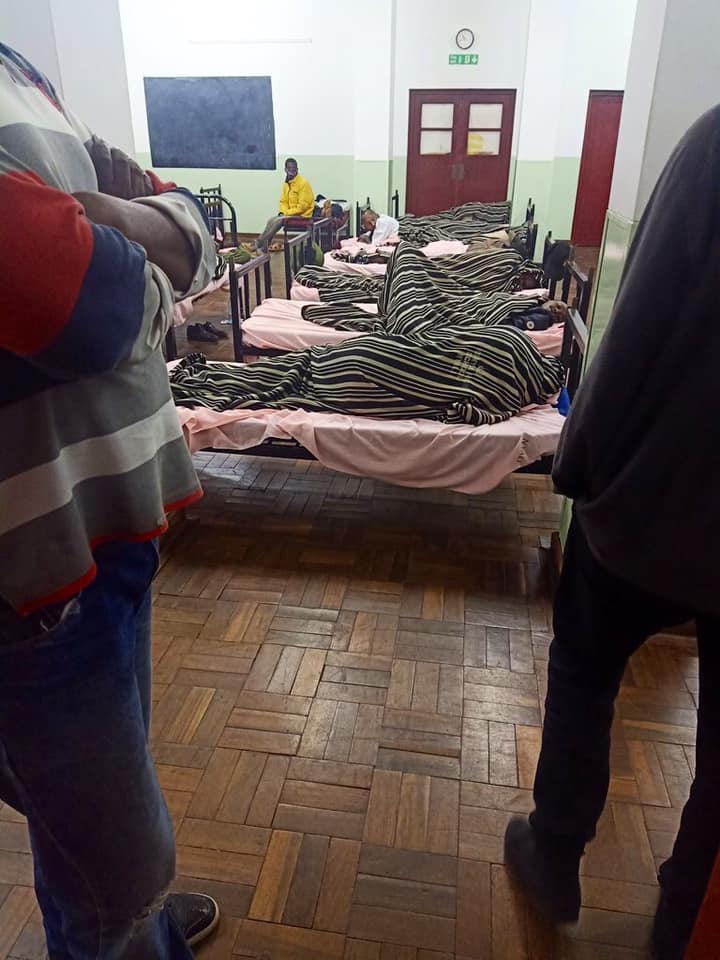 A photo of quarantined Kenyans at the Kenya High School.

Activist Boniface Mwangi on Wednesday, April 22, exposed what appeared to be deplorable conditions that Kenyans in mandatory quarantine were going through.

In a series of photos on social media, the activist highlighted how people were crammed up together with some being forced to sleep on the floor at the Kenya High School quarantine facility, with officials having to turn away more people being brought into the government facilities while releasing some to go home.

”The government-run [quarantine] centre at Kenya High School is filled to capacity. People are forced to sleep on the floor. Officials running the facility are now turning away people brought by the police, last night, some people were released for lack of beds,” reads part of the post. 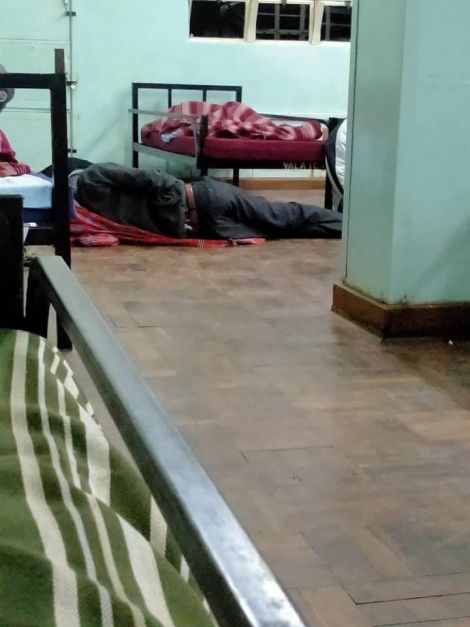 A quarantined individual sleeping on the floor at Kenya High School.

The activist went on further to blame the police for overstepping their mandate as by bundling together people suspected to have contracted Covid-19 without testing them.

”Legally, the police have no right to quarantine anyone without medically confirming their status. The most logical thing that the president should have ordered is that every person arrested should undergo a test and those found positive be quarantined while the negative people be given community service,

”People shouldn’t be jailed for petty offences. Our jails are already overcrowded with innocent people, and the courts are closed,” Mwangi stated

”Looking at the decrees on sending people into quarantines versus the pictures coming out of those same quarantine facilities, I only ask a question what is a quarantine facility supposed to look like? The impression given was that these are facilities where people are sufficiently isolated,” he stated.

One Kipkoech Kimutai urged the government to fine Kenyans instead of forcing them into quarantine where the risk of infection was much higher.

”It would be better for people who have broken the curfew rules be fined rather than forced into quarantine halls that are posing more risk to them, soon these quarantine areas might become infection hotspots.”

Another Twitter user, Adolf Keya, though was of a different opinion supporting the police for the action of taking Kenyans into quarantine.

”I think it is the people forcing themselves into quarantine facilities, the police are only facilitating them. Otherwise, people would be observing curfew directions.

”Boniface Mwangi, this is not the time for sideshows and chest-thumping. It is simple, just follow government guidelines. Tomorrow you will be like, ‘people are sick and government is not helping’. We don’t need criticism in everything,” posted Victor Miguel.

Boniface Mwangi on a call with TMZ.co.ke called out the police for being unreasonable while arresting Kenyans and only using quarantine to extort Kenyans.

”Only poor people are in quarantine the rich break laws and are still free. I have cases where people have arrested individuals and put them into quarantine facilities because they had no money to bribe police officers,” he revealed. 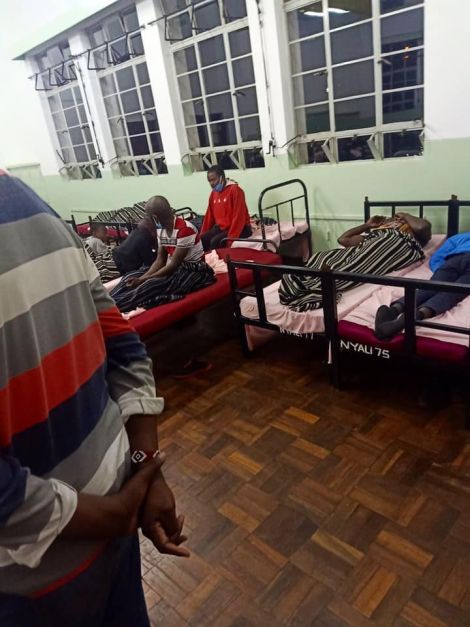 Quarantined individuals at the Kenya High School sleeping close to each other.