Skip to content
Politics FEATURED Life Style News
May 28, 2020 tmz editor
Ida Odinga and her husband Raila lay a wreath at their son’s (Fidel Odinga) grave on January 4, 2019.
Former Prime Minister Raila Odinga on Thursday, May 28 called out The Star for sensational reporting in two of their articles.

Raila came out to clarify false reporting on the articles published which claimed that he is to head an economic recovery team and that he had called for the Luos and Kenyans to cremate the dead.

“I wish to clarify that in my interview with Kameme TV and Radio Milele, I did not ask the Luo or any other Kenyan and African community to cremate the dead as reported by the Star Newspaper. 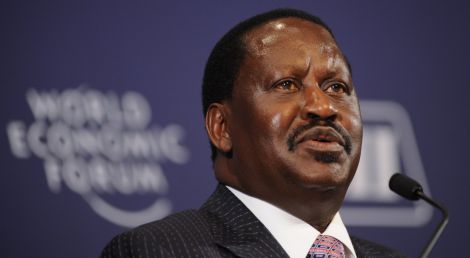 “Instead, I called on Kenyans to embrace speedy burials and avoid elaborate and crowded burial ceremonies at this time of Covid-19 to help contain the spread of the Coronavirus.” wrote Raila.

Raila noted that cremation has never been part of the culture of most African Communities and must not be imposed on them now.

The ODM Party leader also asked Kenyans to treat the report in The Star as a continuation of the sensational misreporting that has characterised the paper lately including a recent report that he was to head an economic recovery team.

The latest false report was done on Tuesday, May 26 where they claimed that Raila noted that bodies should be cremated and not buried to prevent the spread of the coronavirus.

The first article was published on Tuesday, May 19 and purported that Raila is poised to lead the country’s economic recovery in a Cabinet reshuffle.

Raila had an interview with Milele FM and Kameme TV on Tuesday, May 26 where he touched on a number of issues including the reopening of schools