“I took the Covid 19 test at Kemri in Mbagathi earlier today. I took the opportunity to appeal to all Kenyans to go for testing. A Covid-19 certificate is becoming an important document as we continue battling the pandemic,” Tweeted Raila.

Raila who did not immediately reveal the outcome of the test made a rallying call to Kenyans to take the test as the country continues to combat the pandemic. 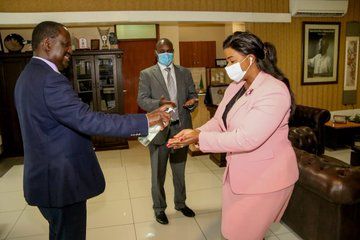 There has been a growing debate from the public who expressed concerns over the many meetings Raila is having with various political leaders.

A number of Kenyans also bashed the former PM after meeting COTU Secretary-General Francis Atwoli hosted the ruling outfit’s vice-chairperson David Murathe on Monday, April 13 as they breached the cessation of movement order. 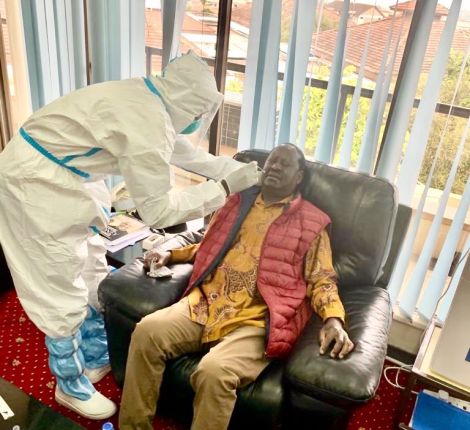 This also comes after ODM National Youth Coordinator Benson Musungu on Monday, June 8 was admitted to the Intensive Care Unit (ICU) at Aga Khan Hospital after contracting the dreaded Covid-19.

Despite Raila calling on Kenyans to test for Covid-19, the country is currently experiencing a shortage in testing reagents which has hindered the mass testing drive.

The country has also begun experiencing a shortage in testing materials with a backlog of over 5,000 samples tested after the state ran out of reagents.

Back in March, there were concerns after rumours circulated that Raila came into contact with Kilifi Deputy Governor Gideon Saburi who reportedly tested positive for Covid-19.

Raila, however, moved to deny the rumours clarifying that he only met Mombasa Deputy Governor William Kingi in his trip to Mombasa. 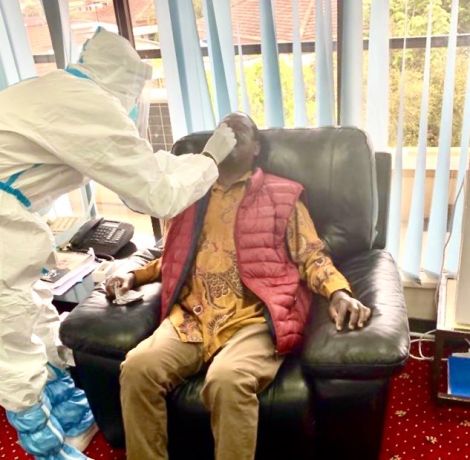 Zari shows off her multi million mansion in Uganda (Video)