Rumours of Kenyatta forming a coalition with Odinga have been rife as Odinga and Kenyatta’s allies insist the duo will be part of the government in 2022. Ruto’s camp has also been insistent with their proclamations that Odinga has to go home after four unsuccessful bids to State House.

With the Building Bridges Initiative providing a platform to test new waters ahead of 2022, and a looming referendum which may create changes in the constitution and government, Odinga has a chance to foresee who among a few leaders he may choose as a running mate against DP Ruto, in what will be Odinga’s fifth shot at the presidency. This is despite Odinga not yet declaring his 2022 intentions. 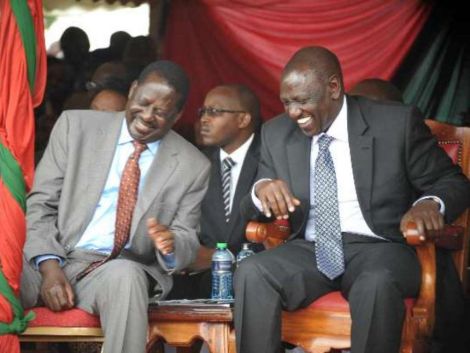 Analyst Herman Manyora, while speaking with TMZ.co.ke on Tuesday, April 28, put an in-depth analysis on the candidates TMZ.co.ke journalists had compiled.

Kenya African National Union leader Gideon Moi rose to prominence after he inherited the famous Fimbo ya Nyayo baton from his father, the late Mzee Daniel arap Moi. This, analysts arguing that the bestowment symbolised a renewed rivalry between Gideon and Ruto, with the Rift Valley region as set up for a fierce battle in 2022.

The Baringo Senator’s new clout, coupled with his longstanding friendship with Kenyatta and his BBI support could prove a worthy point for Odinga to note, if he wanted to garner half votes in Rift Valley, which would counter Ruto’s numbers.

In July 2019, Kanu leaders disclosed that they were open to an alliance between Odinga and Gideon. This will, however, depend on whether Moi’s youngest son would chose to run in 2022. 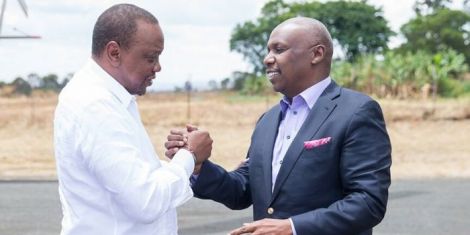 President Uhuru Kenyatta when he condoled with Baringo Senator Gideon Moi at Kabarak following the death of Jonathan Moi, in April 2019.

“Baada ya handshake, Raila na mimi tuko njia moja, ile urafiki ulikuwa na Baba utaendelea, tunapanga njia yenye tutapeleka wananchi ile Canaan Raila alisema. (After the handshake, Raila and I are one thing, the friendship between him and my father will continue. We will walk together and lay a road map to Canaan),” Gideon was quoted by The Standard in June 2019.

“It is only at a time BBI throws away Ruto then Gideon will rise and Kalenjin’s will support him. But as for now Ruto is the Kalenjin kingpin. Gideon is also an insurance to BBI and throwing out Ruto may create a backlash and Gideon will act as welfare and support,” Manyora added.

Wycliffe Oparanya
Council of Governors Chairman, Wycliffe Oparanya, has also seen his clout rise after 46 governors endorsed him for a new term as chairman in January 2020. This signified a high level of trust in the Kakamega Governor.

Serving his second term as governor, Oparanya, a long term ally of Odinga is also a member of his inner circle. He is the Deputy Party Leader of Orange Democratic Movement and in April 2019, Oparanya stated that he would run for presidency after serving the maximum of two terms.

Oparanya’s entry into the race puts him on a collision course with Ford-Kenya’s Moses Wetangula and Amani National Congress leader Musalia Mudavadi who are also firmly in the race. It also raises the question of Luhya community supremacy battle, with the three seen as the de-facto Luhya leaders. 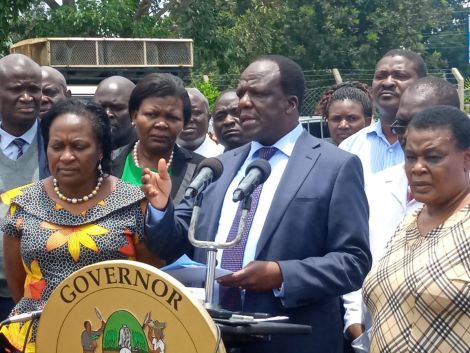 The Luhya community has religiously voted for Odinga over the years. With Mudavadi and Wetangula in a tottering relationship with Odinga, seen by the cold war in NASA, Oparanya, who analysts state cannot garner support as sizeable as Odinga’s may join hands and be part of his 2022 lineup.

“However, Oparanya has proven he has more muscle in Western than Mudavadi. Raila without Mudavadi can get half of Western and it becomes stronger with Oparanya,” Manyora argues.

Mombasa Governor Ali Hassan Joho is a close ally of Raila Odinga and a staunch defender. Joho’s belief in Odinga is unwavering and has stood by him even in the most trying of moments.

Holding a similar position to Oparanya in ODM, Deputy Party Leader, Joho, whose term as Mombasa Governor will end in 2022, is being touted for a top seat in the speculative BBI government.

Joho commands quite a figure in Mombasa and with Ruto’s effort to make inroads at the Coast, Joho would be instrumental in securing votes for Odinga. 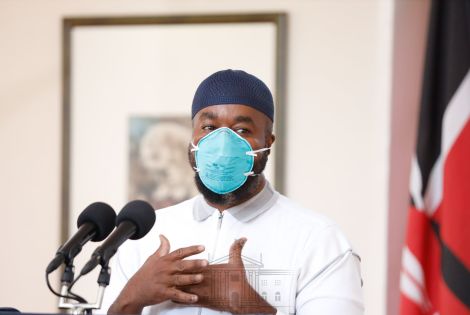 Post-handshake, Joho has also enjoyed a formidable relationship with Kenyatta, with the two failing to see eye to eye before the famous March 2018 handshake.

In November 2018, Joho also announced his bid for the presidency while speaking at a three-day global Sustainable Blue Economy Conference at the Kenyatta International Convention Centre.

“Joho has proven his presidential material through the Covid-19 pandemic and everyone who was doubting him can shelve away the doubts. Joho brings financial muscle and the Muslim magic card. They have numbers, resources and the realisation that a Muslim is close to a seat of power. This will bring more international support,” Manyora argues.

Despite serving her first term as Kirinyaga Governor, Anne Waiguru has been touted to hold a top seat in any government in 2022. Before ending her relationship with DP Ruto, defecting to Kenyatta and Odinga’s side, Waiguru was thought by many to be a potential running mate for Ruto.

With Kenyatta’s term ending in 2022, despite talks that he would be part of the government and even be a hypothetical Prime Minister in 2022, the battle for Mt Kenya kingship has seen Waiguru battle out with the likes of Former Agriculture CS Mwangi Kiunjuri and Murang’a Governor Mwangi wa Iria who also announced his 2022 presidential bid.

Waiguru has been a vocal defender of Odinga post-handshake and a staunch supporter of BBI.

“We all understand that Raila controls roughly half of this country. Anyone who actually thinks that they can lead this country without his support, or his supporters’ input, then they are denying a fact,” Waiguru revealed, in a video that surfaced online in August 2019.

Odinga and Waiguru buried the hatchet after March 2018 handshake.

“In Mt Kenya. I would go for Petter Kenneth who is a rising star. This depends on whether Kenyatta would run for any position,” Manyora states.

Maendeleo Chap Chap leader and Machakos Governor Alfred Mutua has risen above the ranks on his own, breaking away Kalonzo Musyoka’s Wiper Democratic Movement to launch his fairly successful Maendeleo Chapchap Party.

Mutua, an arch-rival of Musyoka, has been a vocal supporter of BBI and a harsh critic of Musyoka, whose relationship with Odinga in NASA deteriorated ever since the handshake.

He has been adamant that he would vie fr president in 2022 as he also looks forward to wrestling away Musyoka’s influence in Ukambani.

”I will officially launch my campaign to be the next president of Kenya in 2022. I will show Kenyans that it’s is possible for a child to be born in the villages, dream, work hard with a pure heart and achieve his or her dream,” Mutua announced in December 2019.

“If Odinga chooses one candidate from the five, he would have enough positions to issue the others with, as BBI would seemingly create enough seats in the executive. 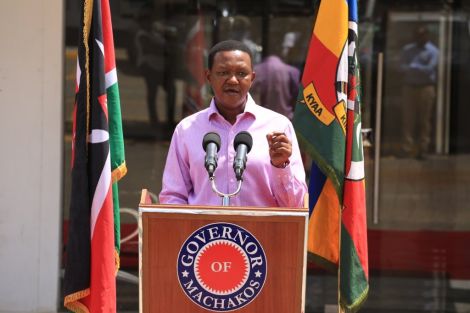 “The two candidates he can settle on are Gideon Moi and Hassan Joho. Those two are the most potential candidates. I settle for Gideon though as he is the missing puzzle in Odinga’s game plan. However, Joho would offer tough competition.

“Odinga is an old man and therefore he would want a young man but also who can be president anytime. This knocks out Waiguru and Mutua who are capable but are still being polished. Odinga has to put that factor into consideration,” Manyora states.