Residents residing in Empakasi, Kajiado rejected an order by President Uhuru Kenyatta on the expansion of the Nairobi National Park, arguing that it will make them homeless.

They moved to court to seek permanent orders against the directive issued by the Kenya Wildlife Service.

Kenyatta’s administration is seeking to expand land in Nairobi National Park to conserve the environment and wildlife.

The Head of State directed that national parks and reserves should have their title deeds to protect them from land grabbers. 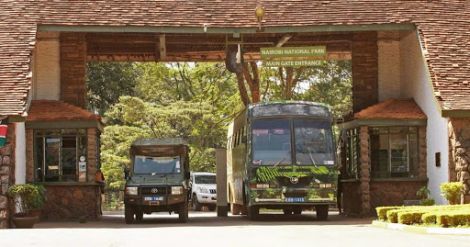 Entrance gate at the Nairobi National Park. A tour van driver collapsed and died in the line of duty on May 31, 2020.
FILE

The community residing in Empakasi claimed that Kenyatta was misled on the 2,912-acre piece of land that is earmarked as a wildlife corridor land.

They lamented that they are living in fear of possible forceful eviction.

“We have opted to go to court to challenge the acquisition of our ancestral land by KWS. We have lived here for long and co-existed with wild animals too,” James Turere, an elder stated.

The expansion of the park is also poised to affect over 1,000 students as public schools in the area may be demolished.

“Our people will not be able to access greener pastures for our animals. The only school we have will also be demolished.

“It is unacceptable and we are urging the government to indulge us in discussions to find ways we can save ourselves from eviction,” another elder added.

Area Governor Joseph ole Lenku is pushing for compensation and resettlement of the pastoralists. 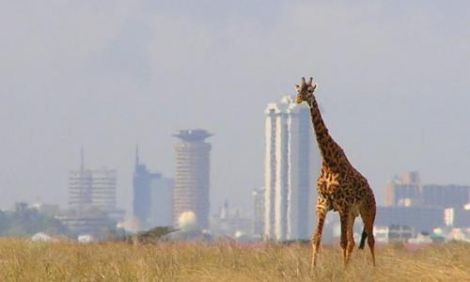 A giraffe towers over the Nairobi National Park

Decision Made on Private School Fees Charges After Parents Protest