Skip to content
News Politics
August 5, 2020 admin
Emurua-Dikir MP Johanna Ngeno speaking at a past event
Emurua Dikir MP Johanna Ng’eno’s woes continue to pile up after residents stormed the streets to protest the construction of a culvert valued at Ksh30 million.

A report by The Standard indicated that the residents, in their Tuesday, August 4, protests, accused the MP of converting the project from a bridge to a culvert.

They claimed that the poor state of the road had cost several lives in the area and inconvenienced the residents immensely.

“We had cried out for many years for a bridge to be constructed here to assist us to access the main road. The MP promised us a bridge but what we are seeing is a culvert that has been washed away by the recent rains,” stated a resident. 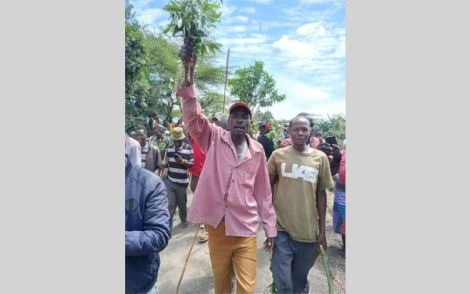 The culvert is located along River Mogor and was meant to connect Ololmasani and Mogondo wards.

An engineer from the area, however, refuted claims that construction of the bridge was connected to the MP.

Kenya Rural Roads Authority (KeRRA) resident engineer Joshua Musindayi disclosed that the approval of the project was done in Nairobi and that the bridge had cost Ksh17 million and not Ksh30 million.

He also explained that the road project was facing delay due to heavy rains as well as the Covid-19 pandemic.

“The MP has nothing to do with this project. The tender was awarded in Nairobi last year. The contractor is 90 percent done, although he has been slowed down by heavy rains and Covid-19,” stated the MP.

Our attempts to reach the MP for comment were futile as his phone was not going through.

The protests come barely two months after the MP lost his Ksh2.5 million herd of cows in roughly under 10 minutes.

The incident occurred on Saturday, June 13, after the cows fed on an imported mineral product, according to Fredrick Mutai, the manager at Olekisiara Farm.

Below is a video of the protests: