The lyricist, who is currently dating pop singer Rihanna, has partnered with a Swedish company, Klarna, on their sustainability initiative GiveOne after becoming a shareholder.

Speaking to TMZ.co.ke, the founder of Miti Alliance, Michael Waiyaki, shared more about the organization’s work and the selection process on how the partnership came about. 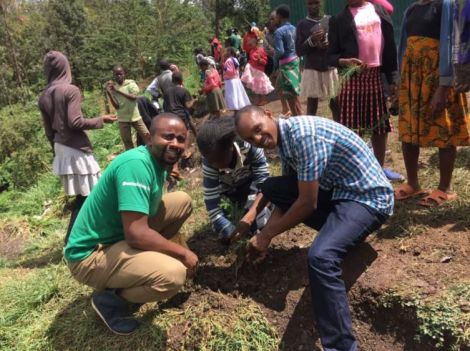 Miti Alliance founder and CEO Michael Waiyaki (left) during a tree planting activity in May 2019.
FACEBOOK

Before the creation of Miti Alliance, Michael had been involved in the cause for about 11-12 years as an individual.

“I used to join other groups going to plant trees and engaging in activities before becoming a member of Rotaract club.”

“I continued planting trees which led me to be selected as an expert of the World Economic Forum…planted more trees even when I was working where I would take leave to plant trees.” commented Michael.

He comments on the organization’s interaction with Milkywire, a digital charity platform that screens charity organizations from around the world, leading them to the rapper.

“Milkywire is where we update our stories and activities and out of all the organizations posted on the site, Klarna launched the project on sustainability and supported us which led to the rapper selecting us.”

He also comments on the impact Milkywire made on their organization. “Organizations like Milkywire are the ones that have kept us going…them loving what we do despite being a small organization attracted them which ended up to us being selected.”

The partnership pledges one percent of A$AP’s investments towards climate and biodiversity projects of which the Kenyan social enterprise was selected by the rapper.

The organization hopes that besides its mission of planting five million trees by 2025, the public should take issues on climate change seriously.

“We are planning on a nationwide program that speaks to schools, community because as a group you can do much more than as an individual.” 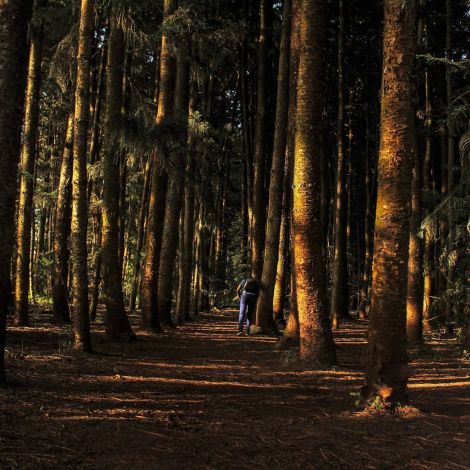 A section of the vast Karura Forest, Nairobi

Father Abraham? Mbosso clears the air on number of his kids

What a father! Betty Kyallo’s father reveals the kind of child she was, talks about their relationship