In an interview with Citizen TV’s Waihiga Mwaura on Tuesday night, September 1, Murathe distanced himself from a company that had been associated with him and argued that it belonged to partners of DP William Ruto.

This is despite reports that Murathe and the owner of the company that was allegedly awarded a tender by KEMSA had previously partnered in other businesses. 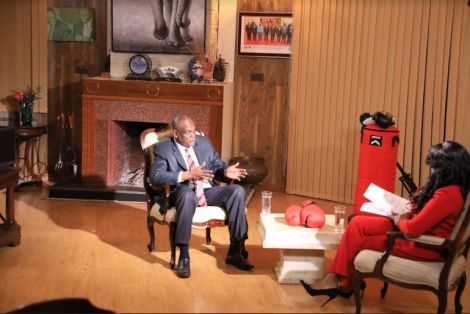 “We have the legal transfers, go check the local banks and find out who the account holders of the company are; you will find that they are known partners of DP William Ruto,” Murathe argued.

He added that he had not submitted his evidence to the investigating agencies as he had not been summoned.

However, he filed a complaint with the Directorate of Criminal Investigation (DCI) against individuals who linked him to the KEMSA scandal.

President Uhuru Kenyatta asked the DCI and EACC to table findings of the case in 30 days and also directed Health CS Mutahi Kagwe to publicize names of individuals and firms who were awarded KEMSA tenders in 21 days.

Murathe also responded to DP Ruto’s lamentations that he (Murathe) had hijacked the Jubilee Party and was the cause of divisions within the faction.

Ruto, in an interview with Citizen TV’s Joe Ageyo on Thursday, August 27, alleged that Murathe is a busybody and the leader of a cabal poised to block him from ascending into power.

“How can junior members like us take over the party yet he is the DP. No one forced them out of Jubilee. If they want out then let them ship out. He has proven to us that he cannot be the future President of Kenya from how he has disrespected the current President Uhuru Kenyatta,” Murathe ranted.

He vouched for Orange Democratic Movement leader Raila Odinga to be a transitional President, who may serve for one term. He also reiterated that Kenyatta is too young to retire and maybe part of the 2022 government.

5 Times Sonko Has Sacrificed for Uhuru