Skip to content
News Politics
July 27, 2020 tmz editor
DP William Ruto addresses the youth in Westlands, Nairobi on Thursday, July 9, 2020
Deputy President William Ruto’s allies are likely to determine the conclusion of the stalemate in the Senate over the third basis for revenue allocation, with the next debate set for Tuesday, July 28.

The formula by the Commission for Revenue Allocation (CRA) has caused a sharp split over its focus on population and county functions, meaning that populous counties generally gain in terms of the distribution of the Ksh316 billion fund while historically-marginalized counties lose out.

It has blurred factional and party lines with leaders keen to defend their counties, posing the biggest threat yet to the March 9, 2018 handshake between President Uhuru Kenyatta and Orange Democratic Movement (ODM) leader Raila Odinga. 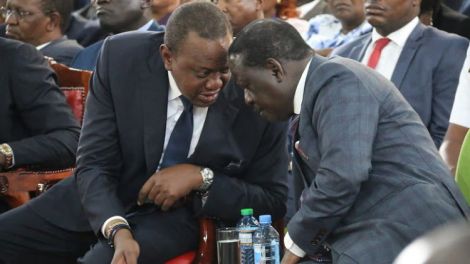 While several Senators from Uhuru’s Mt. Kenya backyard support it, the formula has drawn strong opposition from allies of Raila particularly those from Coastal and North Eastern counties opposed to the formula, citing inequality based on the revenue formula percentages.

The Coast counties of Lamu, Tana River, Kilifi, Mombasa, Kwale and Taita Taveta have traditionally supported ODM in past elections, as have several leaders from North Eastern Kenya.

Through the Jumuiya ya Kaunti za Pwani (JKP) economic bloc, leaders from the Coast have already announced that they will challenge the formula in the Senate if it is passed in the Senate.

Leaders from Mt. Kenya including Majority leader Irungu Kang’ata have, however, insisted on passing the formula as it follows the ‘One Man, One Vote, One Shilling’ distribution principle they have long been pushing for.

This leaves DP Ruto’s allies capable of settling their matter should they choose to support either side in the highly-anticipated Tuesday, July 28 Senate session.

It has, however, also caused a second split but within Ruto’s camp with leaders including Nakuru Senator Susan Kihika strongly vouching for the formula while another group led by Tharaka Nithi Senator Kithure Kindiki has promised to oppose it in solidarity with residents of historically-marginalized counties.

Other than Kindiki, Ruto-allied Senators who have opposed the formula despite their counties being set to gain are Kericho Senator Aaron Cheruiyot and his Bomet counterpart Christopher Lang’at.

Counties particularly in North Eastern Kenya have been seen to be warming up to Ruto’s planned 2022 Presidential Bid, and his allies’ decision in the matter could have far-reaching political consequences.

“The argument that some regions are useless, bushes, desert or unproductive is misleading, false and a trivial philosophy,” Kindiki maintained.

Ruto allies who have long voiced mistrust over Raila’s co-operation with the Jubilee Party claimed that the split was evidence of hidden intentions from the long-time opposition leader. 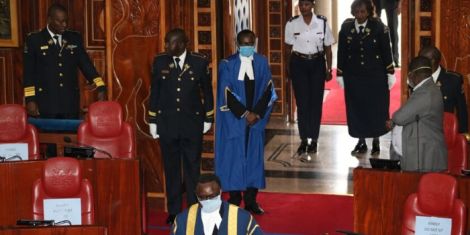