Skip to content
Politics Exclusives FEATURED News
May 28, 2020 tmz editor
Deputy President William Ruto at Nyayo National Stadium, Nairobi.
Technology has disrupted how people communicate and consume information. Before the advent of affordable and accessible internet on our phones, I can imagine how long people had to wait to read the newspaper or watch news bulletins.

Nowadays, a majority of smartphone users check their devices as soon as they wake up not only to check the time but also catch up on news on the internet.

On Thursday, May 28, Kenyans on social media woke up to images thought to be of Daily Nation’s cover story that Deputy President William Ruto’s bank account had been frozen by the government. 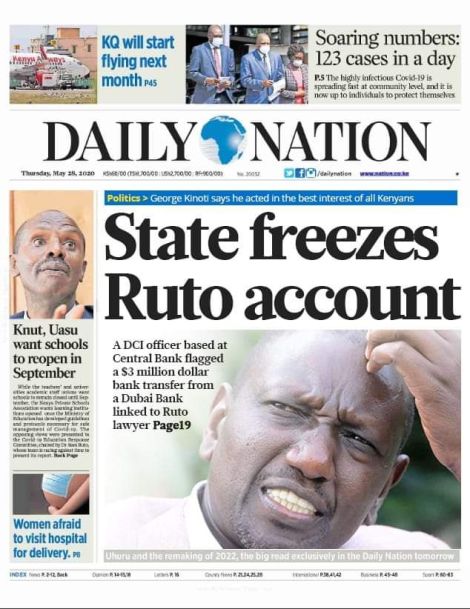 Digital expert Emiphas Muchangi helped Tmz.co.ke debunk the authenticity of the image, and declared it as fake. “I buy digital copies of the newspaper and when I compared the image I saw on Facebook with what I had bought, I knew it was fake,” he spoke.

The falsified story titled State Freezes Ruto account claimed that a DCI officer based at The Central Bank flagged a Ksh300 million transfer from a Dubai bank linked to Ruto lawyer.”

This is the second day in a row, fake news has been spread about Deputy President William Ruto, the previous one being that Rachel Ruto has stopped living in their Karen Home.

“When the term “fake news” comes up, people usually think of social media posts with rather fantastic, implausible stories. There is so much more to fake news than exaggerated article titles on social media feeds,” Emiphas Muchangi a digital skills trainer explained.

For a fire to burn, three elements are needed oxygen, heat, and fuel. This is similar to cyber propaganda which relies on tools, networks and a motive.

Many pseudo accounts are created with the intention of spreading propaganda and social media provides the platform for fake accounts to create networks where the information is shared.

Social media users fall prey to these kinds of coordinated attacks on politicians since most of the times the fake information stems from reports that can be linked back. In this case, the perpetrators of the fake story about Ruto’s suspicious cash Dubai transfer stems from the World Bank report that the political elite stash money in offshore accounts to avoid scrutiny.

While the World Bank report was true that Ksh328 billion in aid is stashed abroad, the deputy president was not mentioned in it.

This form of cyber propaganda was rampant during the 2017 elections and with the 2022 General Elections ahead, we can only expect the distribution of fake news to escalate.

The threat of cyber propaganda is global and US President Donald Trump is expected to order a review of a law that has long protected Twitter, Facebook and Google from being responsible for material posted by their users, according to a draft executive order seen by Reuters. 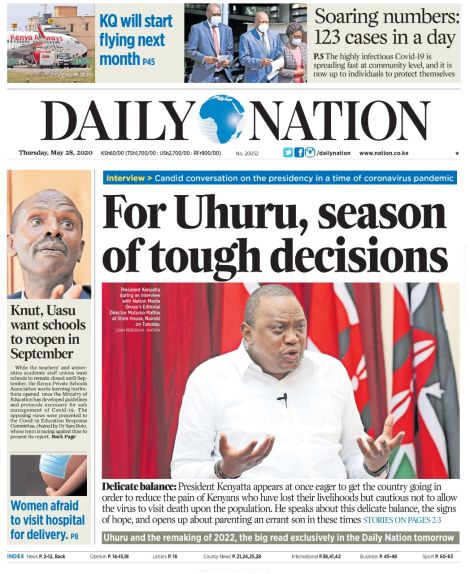 Khaligraph speaks after being accused of dissing Bahati