Samkelo Ndlovu Ventures Into Music. As they say, when one door closes, other bigger doors open.Earlier this year, Samkelo Ndlovu announced her departure from Rhythm City. This did not meant the actress was down and out in the industry though.

Samkelo has been spreading her arms in the industry, and she is now taping into music. Samkelo, who used to play Lerato in Rhythm City revealed that she has taken a break from acting and will fully focusing on music only now. She is currently busy with her first studio EP which drops early next year. In the music circles, she will go by the name, Samú.

“It is an experimental record which explores 6 of South Africa’s most popular genres. the first single from it drops THIS CHRISTMAS DAY THE 25th called #intoyami which is a yanos song,” she revealed. 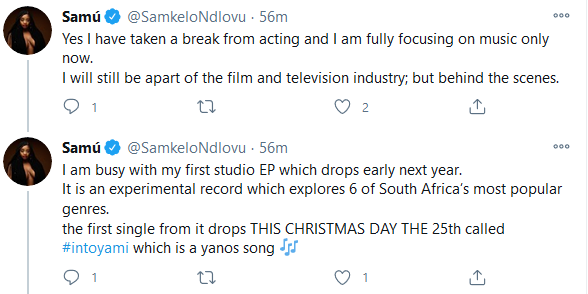 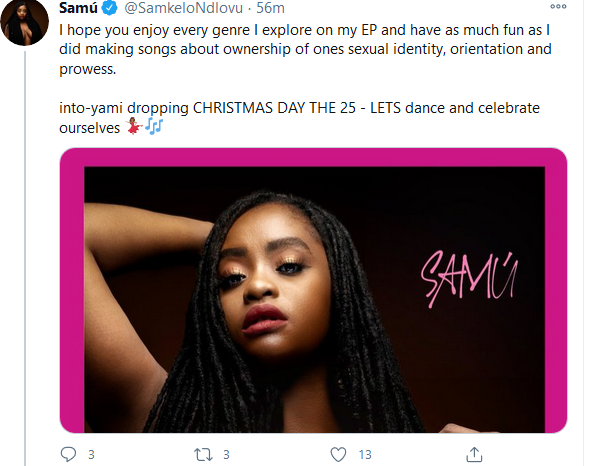