Magoha had announced that national examinations including KCSE and KCPE would be postponed, with the academic year considered lost due to the Covid-19 pandemic.

In a radio interview, Kanze acknowledged the concerns of parents, particularly those with children in private schools who had already paid school fees either for the second term or the entire year.

She advised parents to engage Headteachers and Principals of schools if they wished to get refunds or carry the amount forward to the next year, explaining that there were still several months left to the end of the year.

“Parents will need to communicate and reach agreements with the schools if they want refunds or the amount carried forward,” she stated. 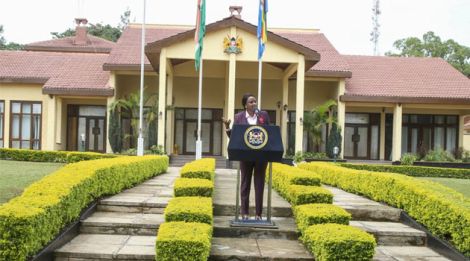 She also addressed online learning programs being offered by different groups and institutions, including schools offering them to students at a fee.

Kanze explained that when many schools began offering online classes, they were unsure of whether national exams would still be held in 2020 and did not want their students to be left behind.

“They did not want their students to be unprepared if it was announced that exams would be held this year. These online classes are also being offered by different groups and I think, for many parents, they do not want their children to be idle,” she explained.

She noted that the classes would be allowed to continue as many parents did not want their children idle at home.

“You have to realize that there are still a lot of months left to the end of the year, so it is important for children to also be engaged while at home,” she asserted.

She further stated that public schools that had already received money from the national government for school programs would have to deploy the funds differently given the implications of the pandemic. She noted that the Ministry of Education would be involved in providing guidance on the expenditure.

Kanze asserted that the decision to postpone national exams was made so as not to disadvantage learners in remote locations with no access to online learning materials.

“You might have wi-fi and the child has their own mobile device for e-learning, but think about that child in a remote place and attends Makwekwe Primary School.

“They don’t have wi-fi. Don’t you think if we test them on the same level we will be violating that child’s rights?” she posed. 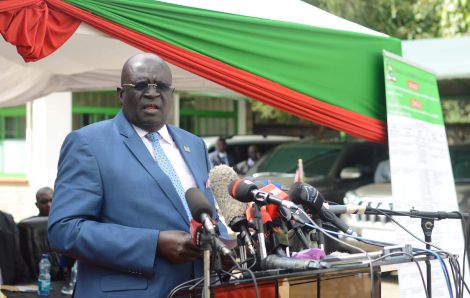