“As of now I still have a contract with President Uhuru Kenyatta, which lasts up until 2022. I cannot betray Uhuru Kenyatta because I am a man of principles, and a man of my word, but the contract will eventually end and after that, I am a 100% fully behind Musalia Mudavadi, and that is the way forward,” said the Senator. 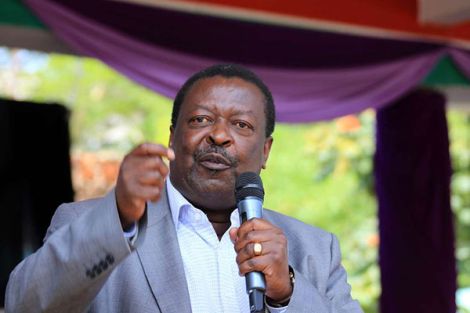 He stated that there comes a time when a new generation has to make a decision, and that the most important thing was unity of the country.

The Senator also showered Mudavadi with praise for adopting a firm stand, noting that the country needs such leaders.

“A decision has to be made, if you see me here together with MP George Aladwa and Stanley Livondo all representing different political parties rallying behind Musalia Mudavadi, we are definitely going to shock this nation by our unity. Our unity will be our marching anthem.

“‘If you vote in an administration that will not focus on economic recovery, then you will be in for a rude shock. Leaders should start talking about how the economy can recover,” added Sakaja.

Mudavadi who ran for presidency in 2013 but lost has expressed his desire to occupy the top office in 2022. He maintained that the choices Kenyans will make in 2022, will have a big impact on their future.

Sakaja assured Mudavadi that he was behind him and would support his ambitions.

The Senator also said that they would make a Solomonic decision that will stand for justice and truth, and not political witch-hunt.

Sakaja is the current Senator of Nairobi , following his election to the position on the 8th August 2017 General Elections, with his key mandate being to represent the County in Senate, protect its interest and to participate in lawmaking. 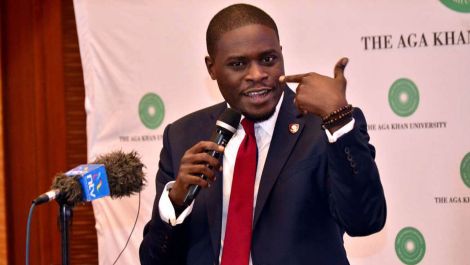 Nairobi Senator Johnson Sakaja makes his remarks during the launch of a report titled Job Entry Level Skills launched at the Serena Hotel on November 6, 2019.