At the same time, his supporters mobilised in readiness to protest the police action.

Police surround Senator Wetangula’s home in anticipation of protests by his supporters.

Senator Moses Wetangula on Friday, June 19, found himself on the wrong side of the law as he attempted to address a rally in Bungoma town.

Wetangula who was leading a convoy into Kamukuya area, was unable to proceed after police teargassed his vehicles over concerns of social distancing by the crowds that were gathering around him. 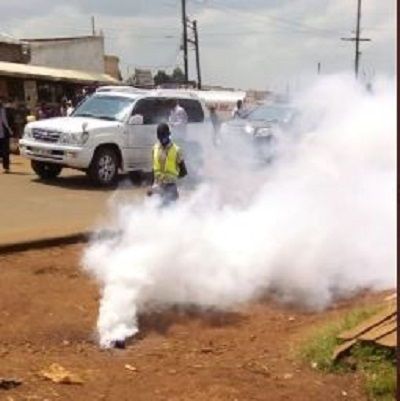 The leaders condemned the police for throwing teargas stating that they had the right to congregate as guaranteed in the constitution.

“We don’t see why the teargas was necessary and we just accompanying Mudavadi home, “Wamalwa told journalists.

“we are not happy with the police. they have thrown teargas at sellers by the roadside who were busy with their businesses, it not right,” she stated.

The leaders affirmed that Wetangula had the support of the region and they would not allow anyone to use them for their political gain.

“We maintain that Mulembe nation is firmly behind Wetangula and nobody will take us for granted again,” Wamalwa added. 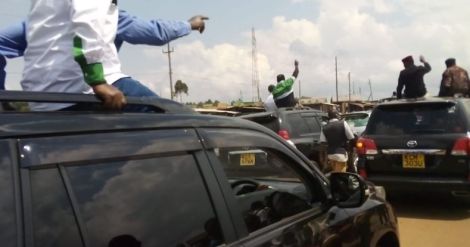 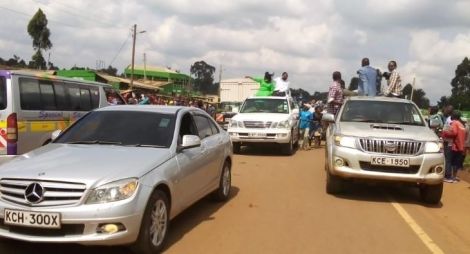 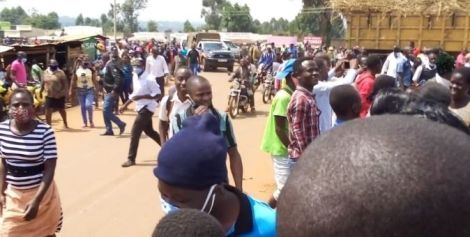 Scenes from Bungoma as Senator Moses Wetangula’s convoy snaked through the area on June 19, 2020.

Politicians have been put on the spot for engaging in social gatherings at the risk of the public.

During a daily briefing on June 14, Health CS Mutahi Kagwe stated that the law applied to everyone and the government had not allowed public gatherings.

“The government doesn’t support social gatherings, be it political, funerals, weddings. We are asking enforcing agencies to ensure that the regulations are strictly followed.

“As leaders, we should be setting examples of how to do that, yet there are those who are holding gatherings and endangering Kenyans lives,” he stated.