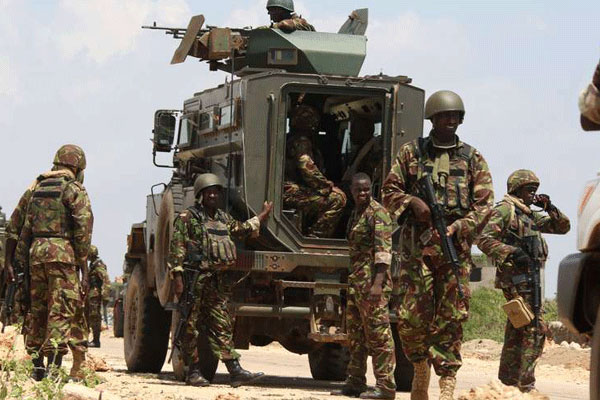 KDF soldiers during one of their missions in Somalia.

A daring attack by the Somalia National Army (SNA) on Kenya Defence Forces (KDF) patrolling the borders has incited the wrath of government officials who have warned the SNA against such provocations.

North Eastern Regional Commissioner Nicodemus Ndalana warned that the country would not tolerate any form of aggression from Somalia. He reportedly made these statements when he visited the border after a recent grenade attack that was attributed to the Somalia National Army.

The SNA is accused of initiating a rocket-propelled grenade (RPG) attack against the KDF soldiers who were on a routine patrol on the border of Kenya and Somalia. 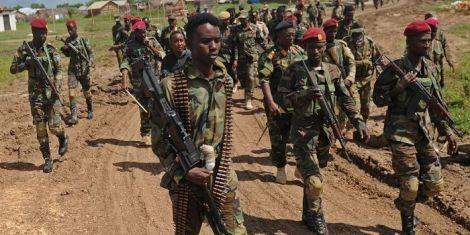 The grenade, thrown from Bula Hawa, hit the county’s finance offices in Mandera town but no one was injured during the Wednesday evening attack.

“They (KDF) were targeted with RPG’s from the other side of Somalia and I would like to say that what they did is unacceptable. We will not accept [to have] our people to be targeted while they are taking part in their duty of protecting our country,” Ndalana was quoted.

He warned of dire consequences in case such an event occurred again in the future and added that the KDF should not be underestimated as it also had such equipment and would not take the provocation lying down.

“If they are provoked again even they (KDF) will be forced to fight back since we also have the same rockets that they (Somali army) have,” Ndalana warned.

The regional boss directed the county security team led by the County Commissioner to organise a meeting with administrators from Bula Hawa for the sake of peace.

For several months now, Somalia has been embroiled in a dispute with Kenya, accusing it of harbouring and assisting fugitive Jubbaland’s Internal Security Minister Abdirashid Hassan who reportedly fled to Mandera County.

Before his escape, reports indicate that he was being held in a prison cell in Mogadishu after which he escaped to Kenya and sought asylum. 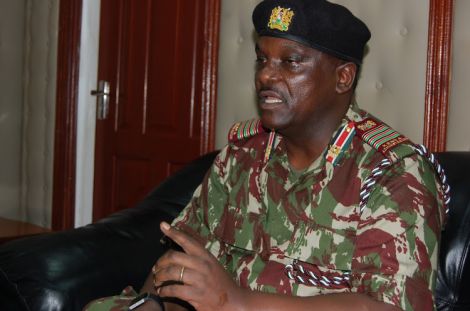 In early March, fierce fighting between the SNA and Jubaland security forces allied to Hassan was witnessed in Bula Hawa, an incident that disrupted peace in Mandera and put security officers on high alert.

Lying On Your CV Can Land You In Jail

List Of Mpesa PayBill Numbers Of All Banks In Kenya