Skip to content
Politics News
January 10, 2021 tmz editor
Former Nairobi Governor Mike Mbuvi Sonko when he appeared before the senate during a hearing of his impeachment motion on December 17, 2020.

Nairobi Governor Mike Sonko announced that he will be quitting politics for a period of 10 years after his stint as county boss.

Speaking during the funeral Ceremony of Makueni Senator Mutula Kilonzo Jnr’s uncle on Saturday, January 9, the former governor stated that he was stepping aside, and that he would be withdrawing Ann Kananu Mwenda’s name as his deputy governor nominee in the race for the county’s governorship.

Sonko explained that the people of Nairobi deserved the right to elect their own leader after talks became rife that a section of leaders were seeking to have Kananu vetted for the position to avoid a by-election.

“Nairobi must get a governor that they want. Not illegally fronting an individual who has not been elected for the post. People must go to the ballot and it is not a must that Sonko becomes the leader. 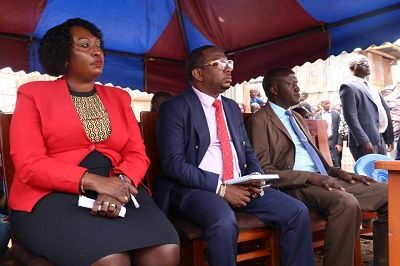 “I removed her name and I will be withdrawing the case in Nairobi on Monday. I will stay away for 10 years because people say God’s time is the best. Even the President (Uhuru Kenyatta) waited to vie in 2013 after losing in 2002,” stated Sonko.

The process of vetting Kananu by the Nairobi County Assembly had been set for Friday, January 15.

The High Court on Monday, January 4, suspended the upcoming Nairobi Gubernatorial by-elections after Sonko filed a suit in an attempt to save his seat after his impeachment.

The judge suspended the exercise which was set for February 18 pending the determination of the case challenging Sonko’s impeachment.

Sonko, in December 2020, moved to court challenging the decision by the Senate to uphold his impeachment by the Nairobi County Assembly.

He was ousted as Nairobi Governor on Thursday night, December 17, after 27 out of 45 Senators voted to uphold the motion fronted by MCAs.

The decision followed two-day proceedings with Sonko being accused of gross misconduct, violation of the constitution, crimes under national law, and abuse of office.

Senators voted on each allegation fronted against Sonko.

On Friday, January 8, the County Government announced that  plans to vet Kananu for the deputy governor position were in motion after a petition filed against her nomination in court was withdrawn.

With Sonko’s move to withdraw her name, it is not clear whether the Independent Electoral and Boundaries Commission (IEBC) will set a date for the by-election or Kananu will be vetted for the position.