Sonko insisted on achieving his manifesto which he promised to Nairobi residents upon entry of office in 2017. However, several of the aspects in the bill rival projects unveiled by the Nairobi Metropolitan Services under General Mohamed Badi.

“The city is growing very fast and it is important that we develop new laws to ensure that every sector is realigned to meet the demands of the new set up and the growing population,”  Sonko stated adding that the bill was timely and appropriate citing plans to expand the city to the expansive Kenya Railways land.

The new law, sponsored by Eastleigh MCA Osman Adow, will help development planners and investors in the transport sector conform to guidelines that will help transform Nairobi into a modern metropolis city. 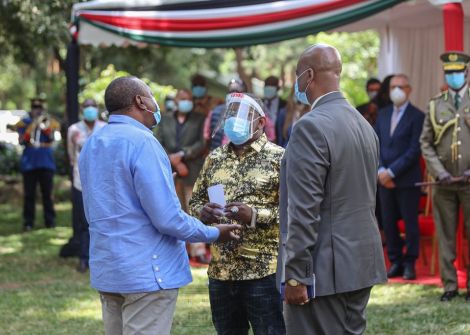 The bill is also proposing critical and new provisions to streamline parking in the city, instill discipline among industry players and create a conducive environment for potential investors.

For transport, the bill includes the Capital City Transport Plan, which is to be formulated after every five years and will be consistent with the County Integrated Plan. Nairobi matatu operators stand to benefit more because the laws focus more on how to ensure routes they ply are redefined to allow them to cover more areas of jurisdiction in the larger plan to scale down congestion in the city.

It also establishes two critical positions – Chief Officer of Transport and Planning, and one for Infrastructure and Public Works within the Sonko administration.

“Congestion has been the main challenge but with proper implementation, we can scale it down and in the process benefit matatu operators who are the biggest players,”  Eastleigh MCA Osman Adow stated.

Sonko also targets installing water pipelines from Kabete to South C, another water pipeline from Kiambu to Embakasi, completion of all health projects, and the building of two more stadia.

In his projects, NMS’s Badi set out to construct matatu Termini at Desai and Park Road to ease congestion in the city. He is also working on re-carpeting of CBD roads and implementation of Non-Motorized pedestrian walkways. He has also supplied water and is looking set to complete the construction of urban renewal and affordable housing projects.

On Tuesday, June 30, he presented his 100-day report to President Uhuru Kenyatta at Harambee House and on Friday, July 10, laid down his plan for the next 100 days promising a new face in Nairobi. 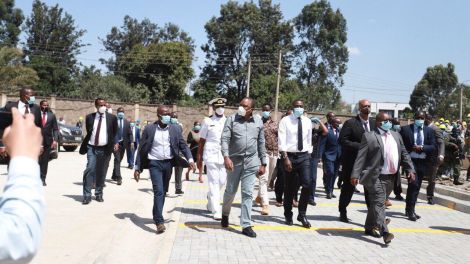 Complete List of people, companies who have been exempted from the curfew