Addressing the presser on Monday, May 8, the governor’s spokesperson Ben Mulwa refuted claims that Sonko had failed to pay out salaries for as long as nine months explaining that the debt in question only ran for three months.

He further blamed the delay on the delay to approve the supplementary budget that allows him to make the payment.

“The months in question that specifically they have not been paid are the months of September, October, and November 2019 and this is due to the suspension of projects that happened at the close of November 2019. 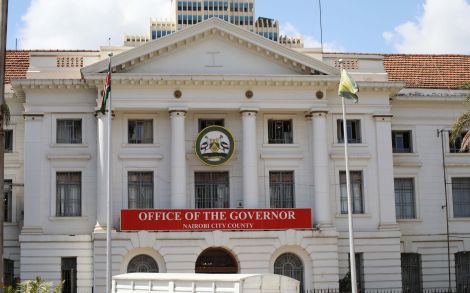 “Contrary to what they are saying out there that it has been over nine months, it is only three months that have been pending and the monies that are due for their payment are usually included in the current supplementary budget that is yet to be forwarded to the county assembly,” stated Mulwa.

“It actually will be possibly forwarded today or tomorrow. So the governor feels like it is not possible to take the threat for intimidation especially from the people who are inciting a few of those individuals who are engaged in that project,” he added.

He further faulted members of the County Assembly for using their impasse with him in delaying to approve the budget.

“Since the beginning of December 2019, none of them has been working. It is only dishonest for them to claim they have not been paid for the last nine months.

“Most importantly, the governor notices that it has been the MCAs who have been at loggerheads perhaps with him or with the people who were behind the supplementary budget that was rejected, who are inciting the public to paint an image that the governor has refused to pay them,” he added.

In March 2020, 1,500 casual workers took to streets to demand payment after they were recruited under various capacities around the city under the governor’s rapid results initiative dubbed “Operation Ng’arisha Jiji”.

The workers have consistently blamed the county boss for their woes and at some point, boycotted work with left the city in a sorry state.