On Thursday, June 4, she provoked citizens to revive the civil society to be as vibrant as it was years ago.

“Do we still have a Civil Society in Kenya? Better still, Where did the vibrant Civil Society of yesteryear disappear to? Their silence is deafening,” she challenged on Twitter. 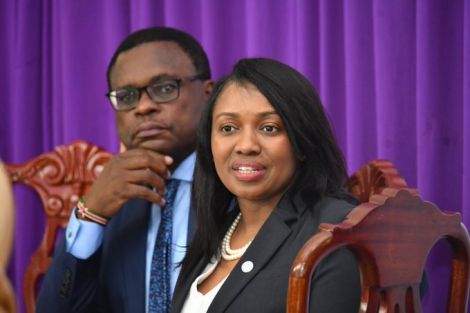 Her opinion did not bode well with some members of the civil society and activists among them former Chief Justice Willy Mutunga.

Many other Kenyans put her on the spot over her past request to President Uhuru Kenyatta to exert his authority.

ODM Communications Director Philip Etale stated, ” When the government favoured you, civil society was a no for you.”

Activist Itimu Njururi accused her of supporting remarks from fellow Jubilee legislators asking for the scrapping of democracy.

“Susan was in this rally with Ndindi Nyoro, Kipchumba Murkomen, Moses Kuria clapping and she punched the air demanding dictatorship, teargas and arrests for NASA Supporters! She glorified Miguna’s deportation. She could have asked for civil society then,” he criticised.

Professor Makau Mutua challenged that Kihika was asking for the vibrance of the same activists that Digital Strategist had referred to as the civil society.

“I thought to you we are evil society, not civil society,” Mutua wondered, to which Itumbi responded, “I still hold that Kenya has a Great Civil Society and that there also exists an Evil Society. Nothing has changed,”

In 2017, Itumbi had claimed that the civil society had been taken over by sympathisers of the opposition to drive its agenda against the government.

“Of course the script is not complete without the part of the civil society known as evil society. AfriCOG Executive Director Gladwell Otieno has taken over Nasa’s agenda,” he accused. 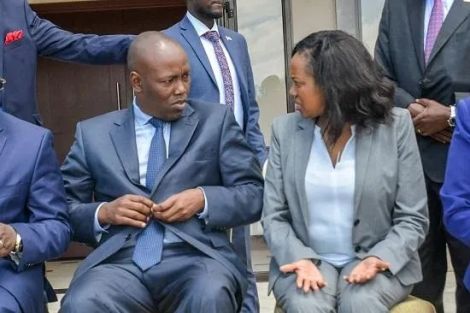 Nakuru County Governor Lee Kinyanjui and Senator Susan Kihika at a past event.