Justice Jessie Lessit ruled that the prosecution did not prove beyond reasonable doubt that Onyancha killed Jacqueline. 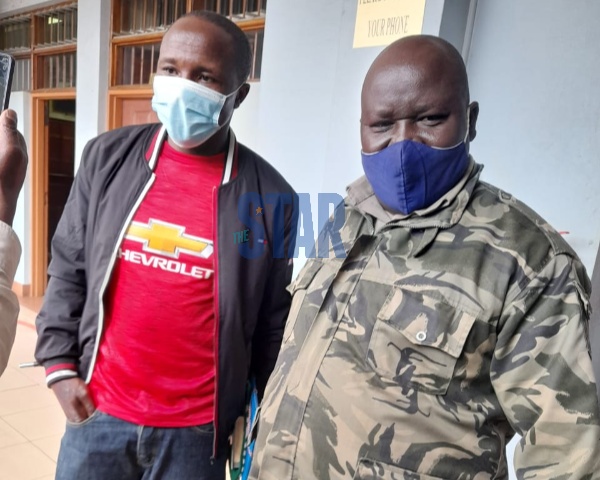 Suspected serial killer Phillip Onyancha has been acquitted in one of the murder cases he was facing.

Onyancha denied killing Jacqueline Chepngetich Misoi on May 30 2008, at the Mount Kenya building along Kombo Munyiri Road in Nairobi.

Justice Jessie Lessit ruled that the prosecution did not prove beyond reasonable doubt that Onyancha killed Jacqueline.

Justice Lessit in a judgement delivered Thursday morning has set him free in this particular case.

“All these are disheartening omissions the ones being failure to investigate a stain on the deceased door captured by the crime scene investigator, why would the police not follow this line of investigation?” the judge posed.

Judge Lessit says that would have been the key to ascertain whether the deceased committed suicide or not.

She further ruled that the prosecution did not adduce evidence sufficient to convict the accused.

“I am convinced that the deceased may have been murdered however there is no evidence that the accused was the author of her death,” the court ruled.

She also found that Onyancha’s alibi was credible.

Judge Lessit also thanked Lawyer Mary Chepseba who agreed to represent Onyancha after all the other lawyers refused to take his case.

“It took several weeks to get counsel to represent him many turned down the request including in open court in the presence of the accused however Chepseba did not disappoint she represented him with vigour throughout the trial,” the judge said.

“The lesson that we learn from this is every human being their right is guaranteed in the Constitution however they may be or whatever in believed they have done.”

“After all the courts do is give verdicts judgement belongs to God. He is the true judge, he acquits, he convicts, he gives appropriate vengeance to this victimised and most importantly he decides the fitting punishment in each case and he never leaves the court,” she said