Skip to content
Exclusives FEATURED Life Style News
May 28, 2020 tmz editor
The late Tecra Muigai (left) with her boyfriend Omar Lali (right)
The boyfriend of the late Keroche heiress Tecra Muigai, Omar Lali has been linked to an extortion scheme on a foreigner in Lamu.

Spanish Photographer Alexis de Villar Hernandez spoke exclusively to Tmz.co.ke explaining that Lali was the mastermind of a scheme to extort Ksh1.8 Million from him in 2019.

Hernandez stated that Lali together with other locals, sued him falsely, destroying his life and business in Lamu. 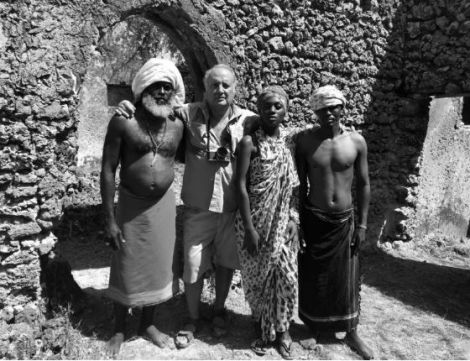 Omar Lali (left) with Photographer Alexis de Villar next to him at Takwa ruins in Lamu County in 2019.

Hernandez revealed that in 2019, he had contracted Lali and other residents to pose for pictures that he would display in his gallery. As is the procedure the locals signed release forms – giving their permission for the pictures to be used by the photographer.

The Spanish national offered jobs to Lamu locals as he embarked on his photography mission and went ahead and posted the pictures in his gallery – Arabic Island for a photobook by his company Tassili Kenya.

While at Takwa ruins, he asked Omar, known for his long grey beard to pose for pictures together with a friend of his and agreed on a price and signed the release forms.

“However, later on, Omar claimed I never paid them and asked for a compensation of  Ksh1.8 Million,” he explained.

The photographer explained that the Lamu local tried to get a court order to have his passport seized until he paid the money.

At the same time, the locals plotted to steal the release forms from his office. 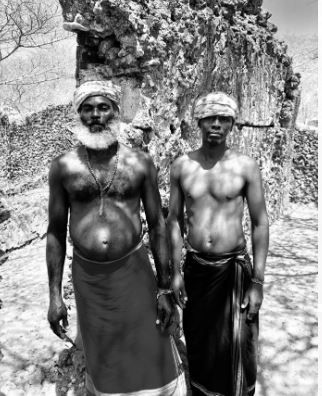 In an affidavit seen by Tmz.co.ke dated May 6, 2020, a Kilifi resident (name withheld) came forward claiming that he was part of an extortion scheme with Omar.

“I was part of the scheme to extort Ksh1.8 Million before I decided to withdraw after realizing it was inhuman and unfair,” he revealed.

With the evidence presented, Hernandez disclosed that he had directed his lawyers to work on a claim to file in court by the end of the week.

Omar on May 26, got some reprieve after a Lamu court released him following his detention as investigations into the death of Ms Muigai had not been concluded.

‘Papa shirandula was terminated from airing 4 months ago,’ Reveals Njoro

Murkomen & Kihika Deserved What Uhuru did to them – Waiguru

Smiling from heaven! Angela Chibalonza’s daughter is all grown (Photos)