Skip to content
Politics
June 30, 2020 tmz editor
President Uhuru Kenyatta addressing the nation from State House Nairobi on April 25, 2020.
With Cabinet reshuffles looming, the focus will be on President Uhuru Kenyatta’s criteria to appoint or dismiss Cabinet Secretaries. Appointments and firings are set to be based on the Building Bridges Initiative and disloyalty to Kenyatta respectively.

One key issue Kenyatta has openly fought against is insubordination and three ministers have been in the spotlight for reportedly defying the Head of State.

In January 2020, the President directed Cabinet and Principal Secretaries to desist from early campaigns in a circular issued through Interior CS Fred Matiang’i.

Agriculture CS Peter Munya, his Water and ICT colleagues Sicily Kariuki and Joe Mucheru have been accused of engaging in early campaigns and eyeing gubernatorial seats ahead of the 2022 elections. 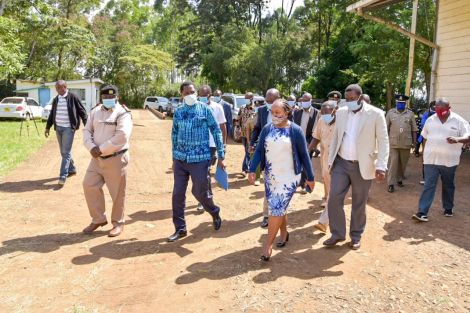 It was alleged that Munya was rattling Meru Governor Kiraitu Murungi, with reports indicating that the County Assembly has been divided into two factions supporting the CS and the Governor.

The duo’s rivalry commenced in 2017 after Munya lost to Murungi and the two have been embroiled in a war of words over Munya’s interest in the gubernatorial seat in 2022.

“And who is Kiraitu undermining to advance his (re-election) bid?” Munya stated, refuting the reports while speaking with People Daily.

ICT CS Joe Mucheru was also accused of siding with Nyeri Deputy Governor Caroline Karugu in her fallout with Governor Mutahi Kahiga. However, Kahiga refuted the claims too and reiterated his support for the CS.

“There is nothing personal between me and CS Mucheru. Those saying that there are differences between us are not telling the truth,” Kahiga stated.

Water CS Sicily Kariuki’s development tours in Nyandarau County have upset County Government officials who alleged that she was making inroads ahead of 2022 elections.

“We have seen people going around the county pretending to be inspecting government projects when we know they are campaigning,” Nyandarua Governor Francis Kimemia stated in a thinly veiled attack at the CS at a past gathering.

In June 2019, the three CSs, Munya, Kariuki and Mucheru were dragged into the fake assassination plot of Deputy President William Ruto. The three were accused of a witch-hunt against the DP.

In Kirinyaga County, Interior PS Karanja Kibicho distanced himself from reports alleging that he orchestrated Governor Anne Waiguru’s impeachment. Kibicho had been accused of undermining Wiguru by supporting MCAs.

“I have heard these allegations. People should stop deep-sea fishing. It is now a public thing and has generated public interest, even reported in the media. I want to face my accusers and settle this matter,” Kibicho defended. 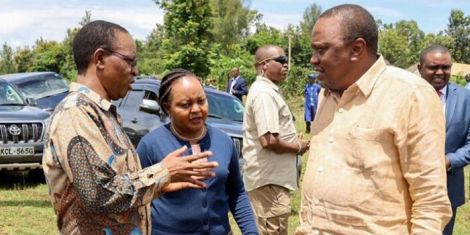