Skip to content
Radio & TV FEATURED Life Style
September 3, 2020 tmz editor
Raised fists at a rally.
FILE
A controversial headline ran by the BBC has sparked an uproar across the African continent, with many blasting the media house for acting as ‘prophets of doom’.

The headline in question reads, Coronavirus in Africa: Could poverty explain the mystery of low death rate.

In a bid to explain the low Covid-19 death rates reported across Africa, the author chose to study Soweto slums in South Africa.

“Scientists at the Vaccine and Infectious Disease Analytics unit, at Baragwanath hospital in Soweto have been using blood samples collected during an earlier influenza vaccine trial to explain low death rates from Covid,” the article reads in part. 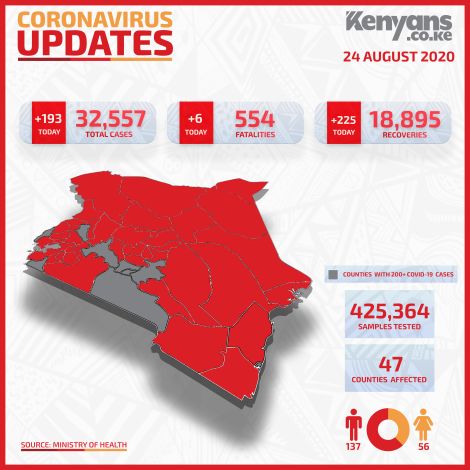 The author then formulated a theory linking the poor of Africa having formed an immunity due to vaccination carried out during previous epidemics.

This theory is what enraged thousands who took to social media to air their views.

Norman Jonas, a medical practitioner in Africa shared several screenshots of BBC headlines and it was hard to ignore the common theme expressed in the titles.

“Strange how BBC covers African stories. Very Strange. They always pray for the worst,” he quipped.

Former KTN anchor Joy Doreen Biira also chimed in with a satirical comment, “Could it be that “Africa’s poor” have a stronger immune system… I sarcastically ask,” she tweeted.

An archeology professor, Catherine D’andrea’s comment proved to be one of the most liked among the thousands that were shared on social media

“Is this for real? It seems they always find a way to cover African news in a negative light. Even if it’s good news!” she posted.

Just before the pandemic hit Africa, a majority of American publications predicted a total disaster with unimaginable deaths.

The ‘poverty-immunity’ theory published by the BBC is yet to be verified in terms of whether there is any actual scientific evidence to validate the theory.

This is not the first time western-based media houses have come under fire regarding their coverage of African stories.

A quick look at the Covid-19 situation in the low-income neighborhoods in America shows a stark contrast as these areas have recorded the highest number of deaths.

“Earlier, the city released data that showed stark racial disparities in deaths from the coronavirus, with black and Latino residents dying at roughly twice the rate of white people” reads a report regarding the pandemic in New York, published on Politico.

On February 26, 2017, American-based Fox Broadcasting Company was forced to apologize after the hit TV series 24 Legacy used footage from a terror attack at a Kenyan mall that killed 67 people.

The footage from the September 2013 attack on Westgate mall in Kenya’s capital was used to depict a fictional terror attack in Egypt in the show’s fourth episode, 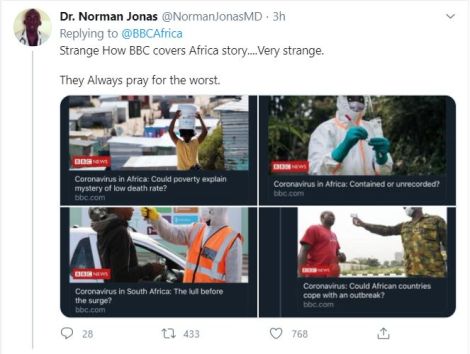 3 Ways You Can Show Love to Family & Friends During Quarantine