13 of these are featured in the QS World University Rankings: USA 2021. Together, they make New York City one of the most popular study destinations in the world, as shown by its rank of 19th in the most recent QS Best Student Cities.

To help you decide where you might like to study in New York City, here’s an overview of the city’s top universities, based on the latest USA rankings.

The City University of New York (CUNY) is NYC’s public university system. CUNY is the largest urban university system in the US, composed of 24 colleges spread across Manhattan, Queens, the Bronx and Brooklyn (plus one on Staten Island).

Established in 1847, the City College of New York is the founding institution of CUNY. It is home to eight schools and divisions, each one dedicated to the advancement of research and knowledge. It offers more than 115 programs to undergraduate and postgraduate students. Alumni of the City College of New York have discovered the polio vaccine, helped build the internet and designed the Panama Canal. They have become Supreme Court Justices, Secretaries of State and award-winning actors and musicians.

CUNY Queens College ranks ninth in our countdown of the top universities in New York City. It places 191-200 in the USA. Around 18,500 students are based there, coming from more than 170 countries.

The CUNY Queens College campus spans around 80 acres with some teaching happening at off-campus locations within New York City. Most students commute in, with only around 500 students living on campus. CUNY prides itself on having strong connections with the city’s neighborhoods, running a network of internship and fellowship programs across the five boroughs to enrich study life.

Ranked 161-170 in the USA, Yeshiva University is another of the top research-focused universities in New York. It was founded over 100 years ago with the mission of combining Jewish traditions and culture with Western heritage, and the continuing influence of this cultural focus is seen in the Yeshiva University Museum, which explores Jewish life through art, architecture and history.

With campuses and facilities spread across Manhattan, the Bronx and Queens boroughs (and some in Israel), Yeshiva University’s main campus is in the Washington Heights area of Upper Manhattan.

Ranked 161-170 in the US is Pace University – New York. Pace University was founded as a one-room accounting school in 1906 and has since grown to three campuses in New York City and Westchester County. It enrols around 13,000 students in more than 150 majors and programmes.

Pace University places a strong focus on the liberal arts and sciences, with an emphasis on the combination of theory and practice.

In joint sixth place in NYC and 151-160 is CUNY Hunter College. Hunter College has around 23,000 students and is in the heart of New York City, in Manhattan.

Hunter College offers more than 170 programmes, ranging from adolescence education and anthropology to nursing, urban affairs, women’s studies, and Arabic. The programmes stress the significance of diversity and emphasise research and artistic creation.

Baruch College claims joint sixth place in New York City this year, ranking 151-160 in the USA rankings. The school has more than 19,500 students from around 168 countries and is widely known for having one of the most ethnically diverse student populations in the USA.

Baruch College has a central location, within easy reach of Midtown, Wall Street and the global headquarters of many international corporations, making it easy for students to find internships in the city. 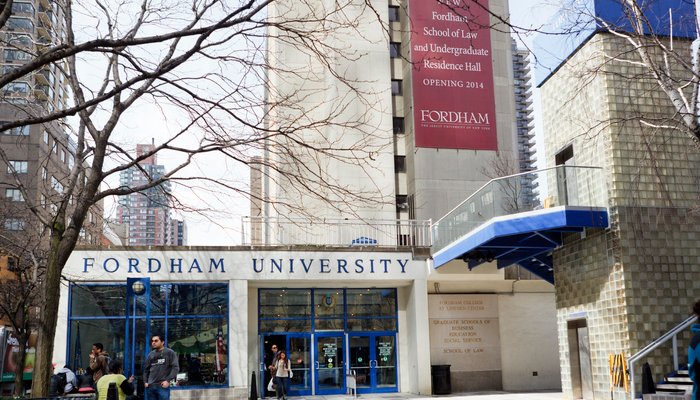 Ranking 121-130 in the QS World University Rankings: USA 2021, Fordham University calls itself the Jesuit University of New York and specializes in liberal arts, sciences and business. Fordham University is composed of 10 colleges – four for undergraduates and six for postgraduates. These enrol around 15,000 students in total, with two main campuses in New York City – the Rose Hill campus in the Bronx and Lincoln Center in Manhattan – as well as a much smaller campus in West Harrison, about 25 miles north of Manhattan.

Fordham University’s Rose Hill campus is close to the Little Italy area, historically associated with Italian migrants and still characterized by Italian restaurants and shops, while the Lincoln Center is close to the south-east corner of Central Park. 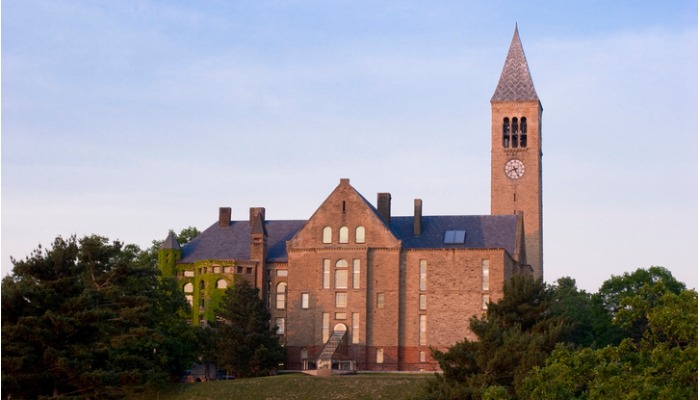 Cornell University’s main campus is in Ithaca, around 200 miles to the north-west of New York City, but it also has a strong presence in NYC. Its medical campus can be found in the Upper East Side of Manhattan, and in September 2017 the university opened the innovative ‘Cornell Tech’ engineering campus on Roosevelt Island, creating 28,000 jobs. Cornell University’s schools of financial engineering and architecture are also based in Manhattan.

New York University (NYU) is another of the top universities in New York City to be ranked among the world’s best, up two places this year to rank ninth in the USA. New York University has a strong focus on internationalization, with several branch campuses around the world and an impressive study abroad program. NYU also counts many international students among its extensive student community.

While NYU has several New York locations, its main hub is the Washington Square campus, in Greenwich Village. Known as the Village, this area of Lower Manhattan is famed as one of New York City’s most creative and bohemian localities, offering a great atmosphere for NYU students. Over the years, the school has attracted an eclectic mix of writers, artists, musicians and intellectuals to study in New York – all part of the appeal for many creatively minded students.

Columbia University currently ranks seventh in the QS World University Rankings: USA 2021 and is the best university in New York City this year. Another member of the prestigious Ivy League, its famous alumni include US President Barack Obama. A world-leading centre of research, Columbia University has a strong offering across the full subject spectrum.

Columbia University has a central location in the Upper West Side of Manhattan – close to the northern tip of Central Park and just off Broadway, the boulevard which gives its name to New York’s famous theatre scene. It boasts a highly diverse faculty (over 4,200 academic staff) and the third-largest international student population of any US university, with 36 percent of its 33,032 students coming from outside the US.

Hamna mapenzi! Zari’s crazy reaction to fan who told her Tanasha and Diamond were back together

‘Jacque Maribe is not a threat to me,’ Jowie’s wife responds to viral public engagement

Why I quit my first marriage – Tedd Josiah