President Uhuru Kenyatta on Friday, April 23, showcased a number of green projects undertaken under his administration during a virtual meeting convened by US president Joe Biden.

The Head of State highlighted the projects as evidence of Kenya’s commitment to reduce its greenhouse emissions adding that there were plans to fully move to renewable energy by the year 2050.

Among the projects he flaunted was geothermal energy production which the government has invested billions in. 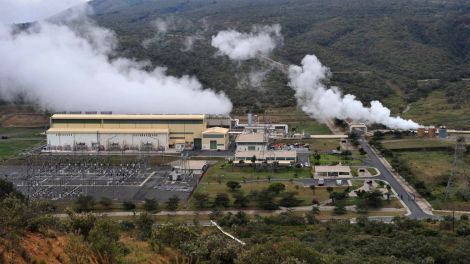 “As you may know, Kenya is a pioneer in geothermal energy in Africa, and, indeed, holds 5th position globally. Our geothermal potential is 10,000+ MW; however, the amount currently tapped is under 10%. This presents huge investment opportunities across the technology value chain.

“We are also the first country in the world to pioneer new geothermal wellhead technology, which ensures immediate power supply at low cost even before the associated infrastructure is in place,” the President informed the world leaders.

Currently, there are a number of geothermal projects set to be undertaken in the country in the provision of green energy.

The head of state also informed the leaders of Kenya’s 310.25 MW Lake Turkana Wind Power which he proclaimed to be one of the largest in Africa. 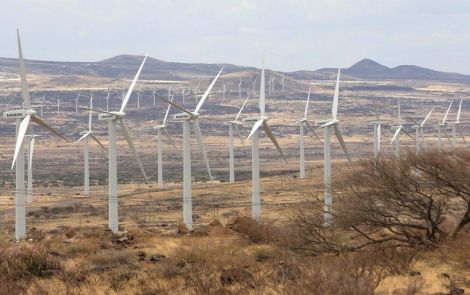 The wind farm, which is worth Ksh 70 billion, was officially opened in July 2019 and is anticipated to generate enough power for about 330,000 local homes.

He explained that the country was actively leveraging technology to serve clean energy to rural communities.

Uhuru also highlighted his administration’s gain in advocating for clean cooking in the country.

“Kenya is already a leader within sub-Saharan Africa in developing and distributing clean cookstoves. There is, however, still more work to do to provide domestic solutions for clean cooking services for the 80% of Kenyans who continue to rely on biomass for cooking.

“To address the clean energy cooking gap my Administration has committed to achieving 100% Clean Cooking under SDG 7 by 2028; two years ahead of the UN target date,” he affirmed.

Uhuru further told the world leaders noting that clean energy accounts for approximately 90% of the total electricity supply in the country and the plan was to raise it to 100% by 2030.

He also disclosed that the country’s updated Nationally Determined Contributions (NDC) that was submitted to the United Nations Framework Convention for Climate Change (UNFCCC) in December 2020, committed to reducing emissions by 32% by 2030 against the business as Usual (BAU) scenario.

“In addition, we are in the process of developing a Greenhouse Gas Emission Strategy (LTS) for 2050; and will submit the report to United Nations Framework for Convention on Climate Change before COP 26, in November 2021,” the President announced. 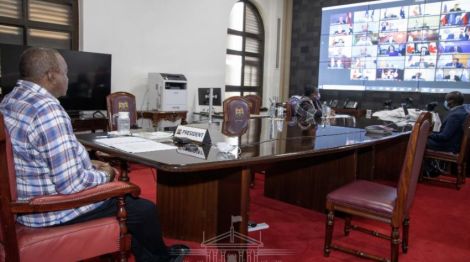 President Uhuru Kenyatta speaking during a panel discussion at the virtual leaders’ summit on climate change convened by US President Joe Biden on April 23, 2021.