Kakamega Governor Wycliffe Oparanya revealed details of the meeting with the president that was aimed at resuscitating the economy of the region. 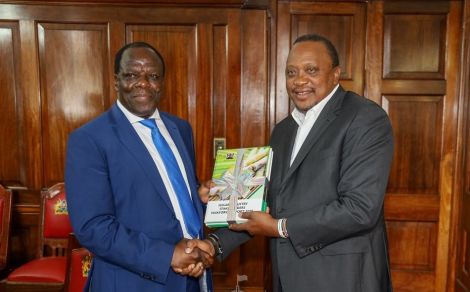 The Governor added they promised that their agenda was to ensure people benefit from the Government and not seeking political supremacy.

The meeting came just hours after Oparanya announced Governors had advised Uhuru to gradually open the economy following consultations with his compatriots.

The Council of Governors (CoG) chairman urged that enforcement of measures and protocols aimed at combating Covid-19 pandemic needed to continue to be enforced during the process.

Wamalwa and Oparanya have held a number of meetings in Western Kenya including one on Sunday, June 14, where they met elders from Maragoli, Banyore and Tiriki Luhya sub-tribes at Ebunangwe.

On Friday, May 29, Atwoli hosted a team of Luyha leaders in at his Kajiado home in what was said to be a unity bid for Luhya leaders.

Political temperatures in the Western region are flaring with Deputy President William Ruto allies roughed up during their gatherings.

On Monday, June 29, Amani National Congress offices were set ablaze by unknown assailants which led to the loss of several party documents. 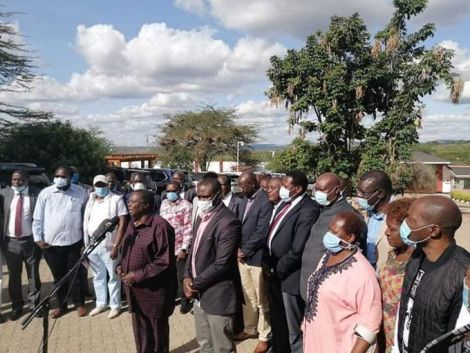 Cotu Secretary General Francis Atwoli speaking to the media after meeting Western leaders at his home in Kajiado on May 29, 2020