Speaking during an interview with Jeff Koinange on Citizen TV, the former Senate Majority Leader said that the president recently kicked his deputy out of a house in Mombasa.

“What became of Uhuru Kenyatta that today he chased William Ruto from a house in Mombasa. He is the same person who has been ordering the arrests of anyone associated with the DP,” he stated.

Murkomen then took Koinange down memory lane and revealed that three years ago, he was flying with President Uhuru and DP Ruto in a private chopper to Nakuru to assure their supporters that they were ready for a re-run after the election results were nullified by Chief Justice David Maraga. 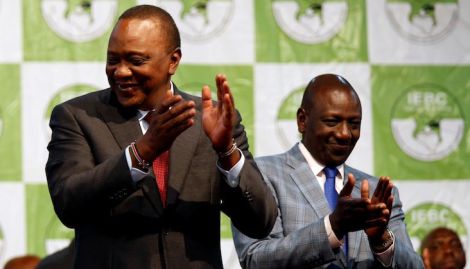 The vocal Senator found it difficult to point out what had exactly happened for the relationship between the party leaders to deteriorate at such a rate.

“What is this one sin that washes away all the good things DP Ruto has done for the President?” he asked.

He went on to list a number of things that DP Ruto had done for President Uhuru such as his unexpected decision to back him during the 2013 elections.

According to the Senator, President Uhuru has been sidelining his deputy, using the Covid-19 pandemic as a cover.

“He hasn’t been inviting him to very important meetings nor has he been giving him any task. Let us stop trying to hide behind diplomacy, the fact is that the President is persecuting his deputy,” Murkomen asserted.

Kiambu Senator Kimani Wamatangi, who was also present during the heated video conference, advised Murkomen against using words that would make any form of reconciliation.

“As my very good friend and your elder, I urge you to exercise restrain from using inflammatory words such as suggesting that the president is suffering from an inferiority complex. This will only make things harder,” he advised.

Watch the heated interview below:

Omanga, 4 Other Senators to Be Expelled From Jubilee Party

‘Have a baby for me,’ Maina Kageni tells singer Sanaipei Tande