Murenga was a former civil servant and the chairman of Chancery Wright Insurance Brokers until the time of his death.

Chancery Wright Insurance Brokers started offering insurance broking services in Kenya in March 1991 with the main objective to protect the assets and other interests of its clients against loss. 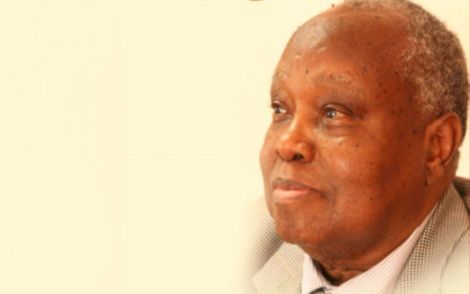 Aside from being the chairman of the Insurance company, Murenga was a close friend and business partner to former President Mwai Kibaki.

Murenga was also a student of Kibaki at Makerere University in Uganda and the two later shared a lot in common, fostering a lasting friendship.

In his message, Uhuru heaped praise on Murenga for the successful transition from the civil service to the private sector.

“Mr Murenga leaves behind a huge legacy of success in both the public and the private sector, a feat that’s not easy to accomplish,” noted the President.

Uhuru also highlighted Murenga’s book, Destined to Leave A Legacy, as an invaluable resource that will continue to inspire future generations.

Murenga was euologised by the President as a mentor to many successful businessmen in the country.

Murenga had amassed education from some of the best institutions being an alumnus of Nyeri High School, Makerere University and Oxford University.

The President wished Murenga’s wife and the family God’s comfort as the death of the businessman.