Speaking to Daily Nation on Wednesday, May 27 at State House, Uhuru disclosed that his mother, Mama Ngina, wife, Margaret Kenyatta, and the unidentified son were confined in Mombasa when he first announced the cessation of movement at the Coast Region and Nairobi on April 6.

The son, who was locked in the Coast Region, decided to sneak out of their facility at night.

“I have a young man who was traveling with his mother and was caught up by the cessation of movement in Mombasa and because of these rules, he found he cannot move,” explained Uhuru. 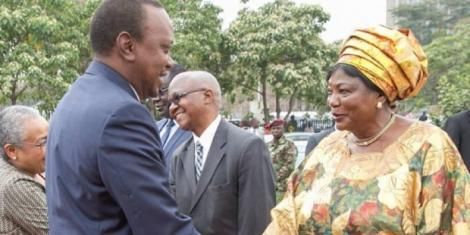 The matter was later reported to him and he scolded the son for putting Mama Ngina, who is above 80 years old, at risk of contracting the disease.

“I asked him a personal question after it was reported to me that he had done that. I asked him ‘Fine, you have gone out, had your fun and enjoyed yourself but now you have come back and you are with your grandmother.

“Your grandmother is 80 plus years. If something happens to your grandmother as a result of what you have done, how would you live with yourself?” Questioned the president.

“I told him it is not about me, it is about how you will live with yourself,” he added.

Uhuru shared the story of his son explaining how some of the youth were disregarded government’s directives aimed at curbing the spread of the virus arguing that they were putting the lives of the elderly at risk.

The situation has grown dire considering that the youth makeup 75 percent of the population and have been classified as super-spreaders of the disease.

The positive cases in the country saw the highest spike on Wednesday with 123 people testing positive for Covid-19 within 24 hours raising the number of cases to 1,471. The death toll from the virus stands at 55. 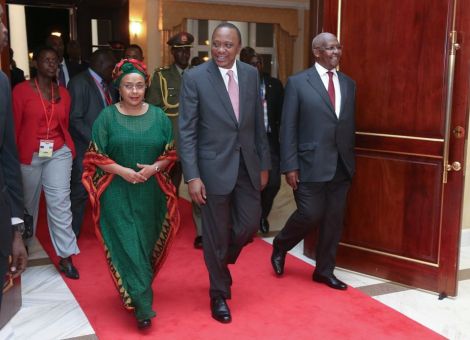